More
HomeTechnology7 Types of Televisions in 2022 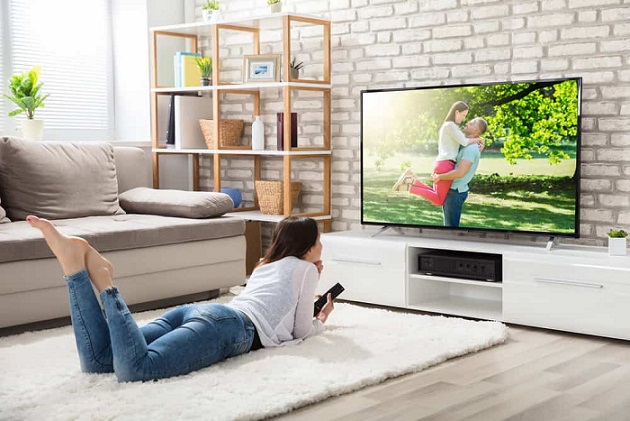 Are you thinking about changing the way you watch TV? Feel like your TV isn’t as good as it used to be? But money and space is also a concern? Check out the tv on rent. It is the best option out there especially when you want to try a different type of TV. Here is a list of 7 types of televisions in 2022.

QLED displays, which have only been around for a few years, are the next generation of LCD displays. The LCD screen is fixed by adding tiny nanoparticles called quantum dots. This makes a huge difference in color and brightness. Even though OLEDs still have better contrast ratios than QLEDs, QLED screens can be bigger, last longer, and don’t burn in

Organic light-emitting diode (OLED) displays use an organic compound that gives off light when electricity is passed through it. The organic compound, which can be small molecules or long chains of molecules, is placed between two electrodes. At least one of the electrodes is clear so that the fluorescent compound can be seen clearly.

An LED TV is actually an LCD TV that is backlit with light-emitting diodes (LEDs) instead of standard cold-cathode fluorescent lights (CCFLs) [source: Cnet.com]. It’s not that much of a different type of TV, but because it’s marketed as LED instead of LCD, we’re listing it as a separate entry.

Liquid Crystal Display TVs are by far the most common kind of TV on the market right now. LCD technology, which was first thought of in the 1960s, is based on a unique state of matter called liquid crystals. In this state, the molecules are fluid, but they still have a crystal structure, so they all face the same way.

In the 1980s, Texas Instruments came up with a completely new way to make a TV called a Digital Light Processing (DLP) TV. DLPs use an optical semiconductor chip with more than a million mirrors that process digital signals by tilting to different degrees and reflecting light in different directions to make an image.

In the 1990s, plasma display panel TVs were the first flat-screen technology that could replace cathode-ray tubes. Plasma displays are made up of a grid of cells that hold plasma pixels. Plasma is an ionized gas that moves in response to electric fields. On either side of the plasma layer are electrodes, and the front and back are made of glass.

Direct View TVs are a new name for the cathode-ray tube TVs that were popular for a century. If you want to buy a new direct-view TV, you probably aren’t going to have much luck. Most TV makers have stopped making these models because they are being replaced by newer ones. But don’t give up on the cathode-ray tube TV completely as an option to keep around.

In the late 1800s, European, American, and Japanese physicists from different decades and countries made the first technological advances that made it possible to watch and listen to broadcasts at the same time. Looking for some way to save money on LED TV? Try this led screen on rent and decide if you really want to buy one.

A Look at How Proxy and VPN Data Enhances Cybersecurity Effectiveness
Explain the Different Types of Electricians – Residential, Commercial, Emergency
Gas vs. Electric Tankless Water Heater: How to choose?