More
HomeGamesAll about pace bowling and how it has helped revolutionize the Indian... 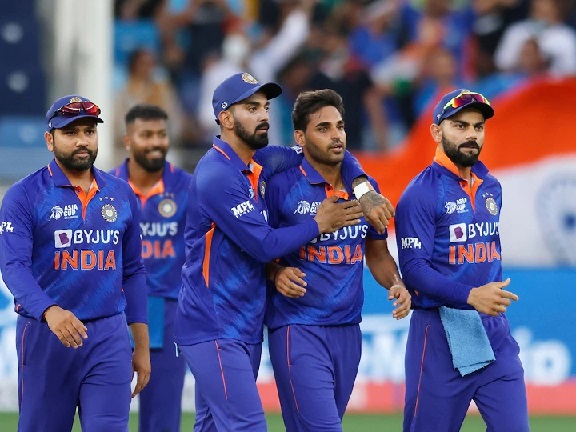 Without a doubt, the fastest bowlers ignite the sport and add to its thrills and excitement. Fast bowlers have historically been one of the game’s most prized players. They are often referred to as pace guns, speed spearheads, deadly machines, or other names that reflect their incredible speed and fitness.

Fast bowlers charge in with the fascination of terrifying the opponent’s batsman with either a mean bouncer or knocking his stumps over with full delivery or inducing a sharp blade with some late swing, similar to an exploding batsman who initiates into opponents bowlers with a single goal of penalizing them and trying to smash them over the park.

Cricket has undergone numerous adjustments over the years. However, a select group of pace bowlers who deserved the title of devils dominated the 1990s and 2000s. The top batsmen are forced to consider avoiding taking the strike by the bowlers such as Wasim Akram, Brett Lee, as well as Shaun Tait. Shoaib Akhtar of Pakistan is commonly regarded as the quickest bowler in cricket history, having clocked a delivery that was faster than 161 kph.

Bowlers like Jofra Archer, Kagiso Rabada, as well as Lockie Ferguson retain that heritage even in the modern day. The caliber of Mohammed Shami and Jasprit Bumrah along with Umesh Yadav and Ishant Sharma, and not to forget Mohammed Siraj have demonstrated a significant amount of control and accuracy in addition to their sheer pace and strength, so that is no longer the case. In the past few years, Team India has developed a fantastic pace attack, which has led to a lot of achievements in Test cricket. The best and most efficient bowlers from Australia, South Africa, and England may now compete head-to-head with India’s fastest bowlers. Check for international cricket score live for the upcoming matches.

But which Indian bowler dominates the list of quickest bowlers? Check it out below:

Umran Malik, a speedster representing Jammu and Kashmir, has captivated the world. He is now the fastest bowler in India and is on track to become one of the quickest in the world. On October 3, 2021, he played his first IPL match versus Kolkata Knight Riders after initially being signed as a substitute bowler for Sunriser Hyderabad. Umran Malik bowled five consecutive deliveries that were faster than 150 km/h during the game versus Royal Challengers Bangalore the same season, impressing then-Indian skipper Virat Kohli much. He was one of three players whom SRH retained in the IPL 2022 super auction. Umran Malik already has established himself as one of the season’s top performers during his first complete IPL season in 2022. Malik has achieved speeds of 153.3 kph, 153.1 kph, 153 kph, 152.9 kph, 152.6 kph, 152.4 kph, 152.3 kph, and 152 kph while working with renowned paceman Dale Steyn, who also is a member of SRH’s backroom staff.

There at Brabourne Stadium of Mumbai, he recorded a speed of 157 kilometers per hour while playing against the Delhi Capitals. The fastest ball bowled by an Indian in the IPL, it is only second in speed to Shaun Tait’s all-time record-breaking delivery in the IPL.

No one has ever matched Irfan Pathan’s record of scoring a hat trick against Pakistan in the opening over of a Test match, which launched him into the spotlight. Irfan Pathan once attracted similarities to Wasim Akram due to his speed, precision with line and length, and capacity for both left and right-handed swings. He also served as a useful batsman with in lower order who frequently helped India win games under trying circumstances. The left-arm bowler, though, lost steam before ever achieving his full potential. Due to injuries and a lack of opportunities, he was never able to fulfill the promise that he had in his prime.

Despite this, Irfan Pathan made history when he delivered a ball at a speed of 153.7 kph at the T20 South Africa World Cup held in 2007.

One of India’s most rapid bowlers is Mohammed Shami. He currently holds the world record for an Indian bowler’s third-fastest delivery. Against Australia in the third Test in Melbourne in 2014, he swung for 153.3 kph. Shami was the best bowler in the series, picking up 15 wickets at an aggregate of 35.80 throughout the three Test matches. Shami has developed as a bowler well over years, shifting his emphasis away from pure brute pace. He has slightly slowed down to concentrate on precision, but he can still generate adequate swing mostly on the ball. Mohammed Shami is still a valuable member of our current Indian team in both the red-ball and white-ball versions.

Jasprit Bumrah, who started the fast bowling movement in India, is not only one of the quickest bowlers in the country’s history but also one of the greatest, if not even the best. Due to Bumrah’s dependability and caliber, Indian cricket has developed a very competitive pace-bowling team under his leadership. Bumrah has become a great resource in limited-overs cricket thanks to his ability to bowl accurate yorkers and startle the opposition with variety in the last overs. His greatest influence has, however, been felt in Test cricket, where he has established himself as a crucial part of India’s strategy, particularly while playing on hostile territory.

During the initial Test match of the 2018-19 Border Gavaskar Trophy against Australia, he recorded a speed of 153.26 kph. Bumrah contributed to India’s historic series win in Australia by finishing the tournament tied for the most number of wickets taken with 21.

The five top list of India’s fastest bowlers is completed by Navdeep Saini. One of the quickest deliveries delivered by an Indian was his 152.8 kmph delivery during the IPL 2019 match against the Mumbai Indians. Saini had the Indian Premier League’s record for the quickest ball until Umran easily surpassed him.

For better or worse, Saini’s explosive pace and menacing power make him a fascinating bowler despite his hit-or-miss performance at the international level. He can be predictable and get hit and hammered for runs, he is able to also defy the odds by shocking batters with fireballs they don’t expect.

Unofficially, Javagal Srinath is claimed to have exceeded the 157 kmph barrier during India’s 1996 tour of South Africa, although speed guns used to measure delivery speeds haven’t always been reliable. This makes it extremely difficult to determine who holds the tag of being the fastest bowler in history. It hasn’t been confirmed, though, and as of right now, it’s still a significant allegation. The Karnataka player did, however, record a speed of 149.6 kmph, making him the second-fastest bowler in the 1999 World Cup Tournament, only behind Shoaib Akhtar.

In the modern age, where more people can afford homes and personal office spaces,...

In the connected world we live in today, there are dozens of new and...
The News Mention