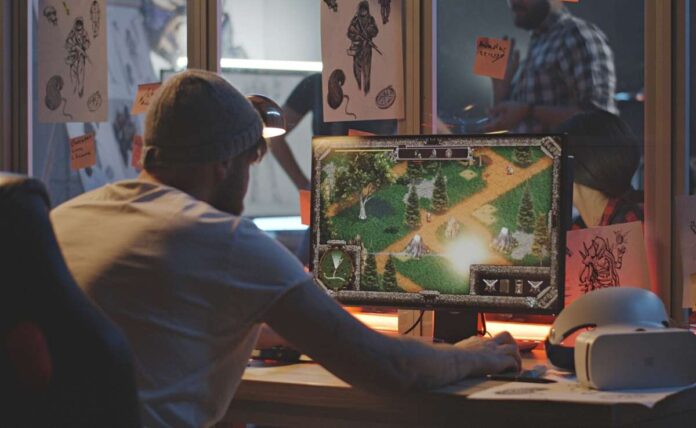 Choose the Adventure game and build your character with the game Far Cry, the newly launched 5th series game name is called Far Cry 5, Far Cry 5. the First-person shooter, developed by Ubisoft is out.

Far Cry 5 became accessible for PC, Xbox One, and PlayStation 4 on March 27, 2018, in every country. Fry cry takes place in fictional Hope County, Montana, in the United States.

The adventure game Far Cry 5 offers players the first opportunity in the franchise’s history to entirely design their characters. The far cry game made roughly $310 million in its first week of sales, making it the fastest-selling title in the series and a commercial smash.

The First person shooter Far Cry 5 is developed by Ubisoft Montreal and Ubisoft Toronto and published by Ubisoft on 27 the march year 2018.

Story Behind The Game Far Cry 5

A warrant for Joseph Seed’s arrest was issued by the U.S. Marshal Service after three bloggers who were trying to defend Hope County posted several videos exposing Eden’s Gate.

One of Joseph’s followers crashes his helicopter by diving into the rotors just moments after transporting him to their aircraft.

As soon as they show up, cultists rescue Joseph and abduct the Sheriff, Hudson, and Pratt, giving the Junior Deputy and Burke time to flee.

Burke is discovered by the deputy after he has fled, hiding in a nearby trailer home. The two attempt to notify the National Guard by running away to Missoula, but the cultists swiftly catch up with them.

After a gunfight, Burke and the Deputy try to escape in a truck, but Burke is stopped by cult members, while Dutch saves the Deputy. Dutch updates the deputy on the state of affairs in the county and requests his assistance in battling the cult.

The Deputy first liberates Dutch Island before enlisting The Resistance’s assistance to free the county from the control of the militaristic cult.

Hurk, a character from multiple earlier games, the local priest Jerome Jeffries, bush pilot Nick Rye, bartender Mary May Fairgrave, and mechanic Nick Rye are only a few of the followers who are aiding the deputy and harbor personal grievances against Eden’s Gate.

While some of these allies offer tasks, others will support you in battle.

The player progresses through the game by completing these primary story missions. The player can choose any path in the storyline and defeat each Cult Herald thanks to these objectives, which are related to the plot.

A number of the county’s residents will seek the player for assistance with tasks that can range from collecting vintage lighters to getting a cook some bull’s testicles.

In this racing game, the player drives a particular kind of vehicle through misty red, white, and blue rings that have white stars on them to buy more time to reach the target.

The player can search an area for a hidden cache that contains numerous prizes, including cash, firearms, ammunition, and perk magazines.

By destroying cult outposts, the player can support the resistance.

Rescue of Hostages – The player can rescue and assist cult hostages.

The player can demolish cult properties such as silos, shrines, and wolf beacons.

The open-world first-person shooter format of a Far Cry game is still present, but with several additional additions including customizable vehicles and fully functional planes that can engage in dogfights. Fishing and the hunting ecosystem are both restored, though with far fewer exotic animals.

Unlike past Far Cry games, the player proceeds by gaining “Resistance points” through side missions and storyline tasks as well as by harming and impairing the cult and its belongings.

The player can freely and at their own leisure liberate the territories by using Resistance points. In-game speech directs the player to start in Jacob’s region, in contrast to Deputy Hudson’s indirect advice in the video to start in John’s region first.

The player can explore any of the places they chose at the start of the game after liberating the Dutch island because the characters there don’t have any dialogue that would suggest the player has already finished another region.

Is the plot of Far Cry 5 true?

Although it is purely fictitious, several historical real-life cults may have served as inspiration for its inception.

When did Far Cry 5 debut?

What kind of play mode does Far Cry 5 have?

What are the platforms on which Far Cry 5 is released?