More
HomeLawHow to Get Child Custody After a Divorce?

How to Get Child Custody After a Divorce? 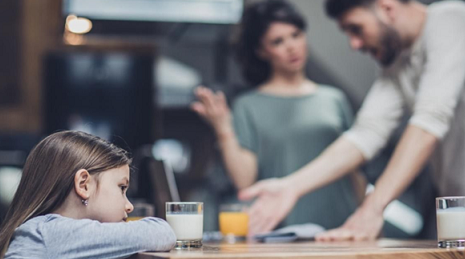 If you are considering a divorce, you will most likely be wondering about what to do when it comes to child custody. It is a crucial decision, and your child custody lawyer will instruct you on how to proceed. Furthermore, there are some things that you need to consider when starting the process.

In this article, we will look at how to get child custody after a divorce by looking at all the steps involved in the process and some of the issues that might arise.

What is Child Custody?

In a divorce, “child custody” refers to the legal arrangement that determines which parent is in charge of the primary physical and legal care of a child. Courts grant the other parent visitation rights and consider many different child custody arrangements as they assess what is best for a particular family, depending on the unique circumstances of that family.

There are two types of child custody: physical custody and legal custody.

The court will always consider what is in the child’s best interests when deciding on child custody.

Factors that may be considered include:

-the age of the child

-the parenting skills of each parent

-the mental and physical health of the parents

There are two types of custody: physical and legal. Physical custody means that the child lives with you. Legal custody gives you the right to decide about your child’s education, health care, and religious upbringing.

If you have joint physical custody, your child will live with both parents. Joint legal custody means both parents have the right to decide about their child’s education, health care, and religious upbringing.

If you have sole physical and legal custody, your child will live with you, and you will make all the decisions about your child’s education, health care, and religious upbringing.

How to Get Custody

We need to understand that there is no such thing as “winning” custody. Custody is not a competition between the parents to see who can “win” or be the better parent. Custody is about what is in the best interests of the child. The court will look at many factors when determining the child’s best interests, giving no single factor more weight than another.

Some of the factors the court may consider when making a custody determination include the following:

-The child’s age and developmental stage

-The child’s physical and emotional needs

-The parenting styles of each parent

-Each parent’s ability to meet the child’s needs

-The stability of each home environment

-The mental and physical health of each parent

-Any history of domestic violence or substance abuse by either parent

Challenges of Getting Custody

Regarding divorce, one of the most difficult challenges can be figuring out child custody arrangements. If you and your spouse cannot agree, the court will decide based on the child’s best interests.

The court can choose from a few different custody arrangements, including joint custody, sole custody, and shared custody. Joint custody means that both parents have legal and physical control of the child, while sole custody means that only one parent has both legal and physical custody. Shared custody is when both parents have some form of legal and biological control, but not in equal amounts.

When deciding on child custody, the court will consider some factors, including the child’s age, the relationship between the parents, each parent’s work schedule, and each parent’s home environment. The court may also consider any history of abuse or neglect.

In the case that you are seeking child custody after a divorce, you need to understand the available arrangements and what factors the court will consider in making a decision.

Tips on Getting Custodial Rights

If you are seeking child custody after a divorce, there are some things you can do to improve your chances of getting the custodial arrangement that you want. Here are some tips on getting custodial rights:

1. Understand the different types of child custody arrangements. There are two main types of child custody arrangements: physical custody and legal custody. Physical custody refers to where the child will live. In contrast, legal custody refers to who has the authority to make decisions about the child’s welfare, including decisions about education, medical care, and religious upbringing.

2. Know what the court considers when making a child custody determination. The court will consider several factors when determining child custody, including the child’s parents’ wishes and preferences. The relationship between the child and each parent, each parent’s ability to give the child a stable home environment, and whether either parent has ever abused or hurt the child are also taken into consideration.

4. Be prepared to negotiate with the other parent. Divorced parents can agree on custodial arrangements through negotiation and compromise and come up with a contract.

If you’re getting divorced and you want to get child custody, there are a few things you can do to increase your chances. First, work out an agreement with your ex-spouse outside of court. If that’s not possible, be prepared to present your case in court and show why you would be the better parent for your children. Finally, stay calm and collected throughout the process — it can be emotional, but remember that the goal is to do what’s best for your children.