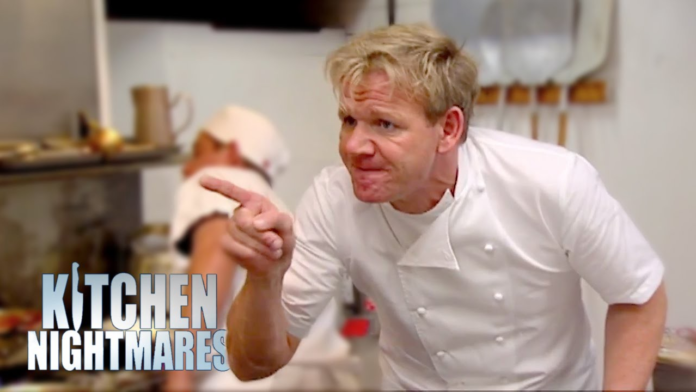 If you are interested in the restaurant business, restaurant games can provide you with an online experience of running a restaurant. On the other hand, to have more clarity, it would be great to visit Kitchen Nightmares restaurants that are still open. La Galleria 33 is one such restaurant where one can pay a visit while having urgent cravings for Italian food. Read on to explore more about what restaurants are still open from kitchen nightmares and other amazing facts about the show.

There is nothing quite as satisfying as watching a cooking program and hearing Gordon Ramsay yell at a confused chef. Ramsay’s profanity-filled series Kitchen Nightmares was one of his most watched. By the episode’s conclusion, the restaurant’s terrible food and poor service had (typically) been improved, and it had been spared from closure by severe debt or poor Customer reviews.

Most of the Kitchen Nightmares restaurants are now closed

Even though Gordon Ramsay spent a blissful six and a half seasons making restaurants from one-star duds to serviceable establishments, it seems that his professional magic rapidly faded for many of the eateries that were featured on the show. The Daily Mail stated in 2014, not long after Kitchen Nightmares was terminated, that 60% of the eateries featured on the program had shut down. According to a Ramsay spokeswoman at the time, “you don’t ask to participate in a show called Kitchen Nightmares if your restaurant business is prospering, therefore it is not unexpected that many of the eateries Gordon has visited over the past ten years are now closed.”

Not just John Chapman, but other restaurant owners, were dissatisfied with the show’s conclusion. Angry restaurant owners and chefs on the show have sued Gordon Ramsay numerous times for his outbursts. Ramsay faced legal action in 2008 after calling a restaurant manager “lazy.” Martin Hyde, the restaurant manager of Dillons in New York City, claimed that Ramsay reprimanded him even though he was primarily in charge of the bar and restaurant events and had no control over the kitchen.

According to Hyde, having Gordon Ramsay mock him on television destroyed his life. He says, “Everyone wants to hire someone else, and my reputation is in ruins.”

Even though many people may think of Kitchen Nightmares as Gordon Ramsay’s show, one couple who participated in season three of the program claimed in an interview with The New Jersey Record in 2010 that they mostly interacted with Ramsay’s team and crew and hardly ever spoke to the well-known TV chef:

The pair also mentioned how the producers of Kitchen Nightmares would frequently ask them hard questions such as, “If this fails now, how can you stay with your husband,” to incite drama. Although the couple was pleased with how Ramsay’s crew “laid their restaurant up for long-term success,” their Ridgewood, New Jersey eatery, Bazzini, is now shuttered.

Customers of Kitchen Nightmares are paid?

Many allegations have been made against Ramsay and Kitchen Nightmares, including that the production team for the show plants a lot of the rotten food he “finds” and that all of the highly disgusting diners are hired actors. The Guardian claims that Ramsay doesn’t take the accusations lightly and that he successfully sued for libel after one newspaper ran stories alleging fakery. One assertion, however, concerning the notion that customers are hired actors, may have some merit. If the small print in the credits is to be believed, it’s probably only half the truth.

What restaurants are still open from kitchen nightmares?

Although Kitchen Nightmares has a reputation for having a high failure rate, there have also been some notable successes. Like the proprietor of Pantaleone’s, a pizzeria in Denver, who couldn’t figure out why no one was coming in. Denial, stress, and struggle characterized the classic Kitchen Nightmares mess. After the filming, the pizza joint went on to be successful.

With a current TripAdvisor rating of 3.5 and a Yelp rating of 2.5, Cafe Hon, which was featured in Season 5 and was owned by an owner who had managed to alienate much of the community with her attempts to patent the word “hon,” is one of the kitchen nightmares restaurants still open. Apart from this La Galleria 33 is still open. However, cool Restaurant Games can keep you engaged during your free time to explore this business.