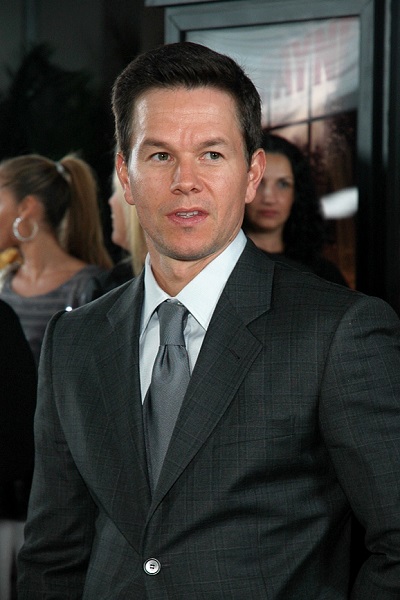 In a world where performers are increasingly being typecast in genres and tales, they are expected to act in, Wahlberg’s diverse skill set might be traded for money. He might be one of the highest-paid entertainers in the world as a result of this.

His filmography is filled with timeless works from the 2000s, including Ted, The Fighter, and The Planet of the Apes. He featured alongside Tom Holland in three films in 2022: “Father Stu,” “Me Time,” and “Uncharted.” Here are some of the forthcoming movies starring Mark Wahlberg that we can’t wait to see.

Our Man From Jersey

We’re eager to see Wahlberg’s new film, Our Man From Jersey. Halle Berry and Wahlberg both appear in this movie. Wahlberg serves as both an actor and a producer for this movie.

He is portraying the character of  Mike, who is dragged into an espionage operation by his high school girlfriend. The script was written by Joe Barton and David Guggenheim, who also wrote the screenplay for Uncharted.

Wahlberg’s involvement in the film was always intended, but it wasn’t until May 2022 that he received his official casting. Filming for this project started in March 2022 and is currently going strong despite substantial criticism.

Mike, the main character, is purportedly an ordinary guy from Jersey who gets thrown into a world well beyond his comprehension.

The majority of the movie is based in New Jersey. However, it was also shot in Slovenia and England. The movie’s release date hasn’t been determined yet, but it is likely to get a Netflix release.

“Arthur the King” is a regal adventure that was influenced by Mikael Lindnord’s book Arthur: The Dog Who Crossed the Jungle to Find a Home. The book is based on actual experiences, and Lindnord describes his time traveling with a group of Swedish adventure racers in rural South America.

There is a problem, though: Lindnord invited a stray dog that he fed a meatball to join the group. Even though the dog was a stray when they started their voyage together, by the conclusion of their time together, they had developed an unshakable bond.

Dogs are regarded as man’s best friend in many cultures, and this idea lies at the heart of the movie.

Unsurprisingly, a story that affected millions of people all across the world would work beautifully on the big screen. The film depicts the extraordinary bond that developed between the expedition’s participants and the dog, who accompanied them throughout.

Wahlberg and Simu Liu will feature in the movie adaptation, which will be helmed by Simon Cellan Jones.

Baltasar Kormákur’s withdrawal led to the hiring of Cellan Jones as the film’s new director. Wahlberg is playing the character of Lindnord while Liu played the role of Liam. In supporting roles, Ali Suliman, Rob Collins, Nathalie Emmanuel, and Michael Landes are scheduled to appear.

The film is currently in post-production following the completion of the Dominican Republic shot. The anticipated release date is during the upcoming several years.

This movie adaptation will star Mark, who first portrayed Lee Majors’ Colonel Steve Austin in the 1970s TV series “The Six Billion Dollar Man.” Over the years, there have been plans for other cinematic adaptations of the series, including one that Kevin Smith and Jim Carrey were going to create, act in, and direct.

ABC broadcast the show for five seasons. None of those motion pictures was made, but with “Kubo and the Two Strings” and “Bumblebee” director Travis Knight in charge, it seems like the film is once again on schedule.

This might either be the video game adaption that fans have been anticipating or have been dreading, depending on who you ask. Both of the explanations are valid, in fact.

“Uncharted” was given the go-ahead in the hopes that it would buck the trend of video game-based movies. The prequel to the video game stars Tom Holland as Nathan Drake and Mark Wahlberg as Victor “Sully” Sullivan.

Since its inception in 2008, the film has experienced numerous delays and production problems. It’s important to note that Wahlberg was originally cast as Nathan Drake. Amazing, to be honest.

Ruben Fleischer, “Zombieland,” “Gangster Squad,” and “Venom,” with a current release date of February 18, 2022, have been chosen as the film’s creators.

One of the most fascinating backstories in the movie business is that of Wahlberg. Wahlberg is respected for the enormous amount of effort he puts into his acting, both on and off set, despite the fact that his bluntness and outspokenness can bring him into difficulty. Undoubtedly, Mark Wahlberg’s movies are the greatest.