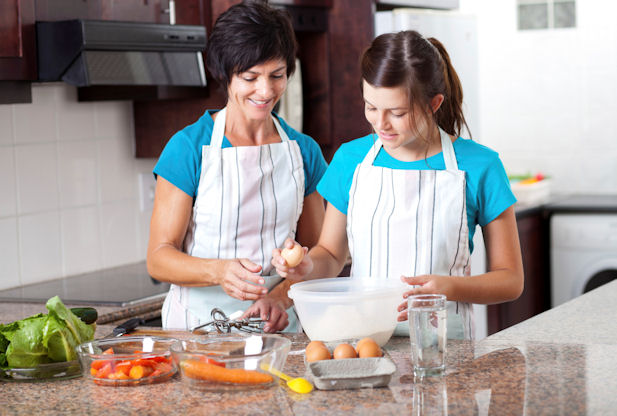 If you are a regular viewer of the Masterchef series, you know what’s this blog up for! You have seen Masterchef contestants prepare one-pot meals, tackle team challenges, construct multi-tiered cakes, and engage in cooking skill tests. But, the revelation of the long-kept secret – Gordon Ramsay Vegan on episode 7 of MasterChef: Back to Win not only stunned the show’s audience but also created a buzz in social media.

Gordon Ramsay, the British TV personality and Michelin-starred chef has always been famously known as anti-vegan. Throughout his three decades of cooking, he has never expressed his love for vegan dishes. In fact, many a time he proclaimed himself to be “allergic” to vegans. It’s only when the Masterchef contestants were about to take on the first-ever plant-based cooking challenge in episode 7 of Masterchef 12, Ramsay himself revealed his apparent love for vegan food!

The seventh episode of Masterchef season 12 starts with a shocking truth about Gordon Ramsay. A secret “so big” according to the celebrity chef that he was literally scared to announce it on national television. Following the revelation of the secret Gordon Ramsay Vegan, the top 17 Masterchef contestants were seen preparing completely meatless recipes.

With a garden of veggies & fruits to choose from, the contestants had a challenging task to create their own vegan dishes in just one hour. It seemingly appeared like they were playing some fun & engaging farm games for free! Although each & every contestant was trying hard to keep up with the Masterchef vegan challenge in the “Gordon Ramsay loves vegan” episode, Dara’s Jackfruit Peking Duck Taco dish was something that grabbed everyone’s attention.

Next, there was Derrick’s Beet Tartare, which was a fabulous play on Beef Tartare. Apart from these recipes, another dish that caught the audience’s eye was Samantha’s Stuffed Potato Pancake which was actually stuffed with mushrooms. Basically, Jackfruit Peking Duck Taco, Beet Tartare, and Stuffed Potato Pancake were the three dishes that grabbed the audience’s attention immediately!

When the audience was hoping Dara, Derrick, and Samantha would be the top three contestants in the “Gordon Ramsay Loves Vegan” episode, Amanda Saab’s mouth-watering Falafel recipe took home the win! Finally, the three dishes that made it to the top were Derrick’s Beet Tartare on a smashed avocado base, Bowen’s Tofu Scallops, and Amanda’s Falafel on a homemade Pita.

But, then who ended up struggling with their plant-based dishes? Well, it was Shelly’s Tofu Curry, Samantha’s Stuffed Potato Pancake, and Fred’s Tofu Gnudi. However, then came the saddest moment of the episode when one of the bottom three contestants had to go home. So, the contestant who was ultimately eliminated on the “Gordon Ramsay Loves Vegan” episode, was Samantha!

The thrill of the vegan cooking challenge started with picking up the ingredients from “Masterchef garden”. The challenge was obvious since Masterchef garden was more of a Whole Foods produce section and a pantry stocked up with plant-based ingredients like tofu, nut milk, and miso. Chefs like Shelly was very thrilled about the challenge and wanted to make a Peruvian curry dish with tofu. Even Amanda & Bowen showed confidence in cooking vegan recipes.

However, almost all other contestants were less enthusiastic about cooking plant-based dishes. Willie, Shane, and Brandi even decided to express themselves to be out of their element. Fred too was seen to feel the pressure, preparing a vegan dessert. Unfortunately, Masterchef judges noticed the slips in Fred’s cooking technique while coasting table to table.

The dish that impressed judges, Joe and Aarón, was Shanika’s Caprese Salad, for which she was preparing vegan mozzarella from the scratch. Dara, too, impressed the judges by cooking a jackfruit recipe along with mandarin pancakes for her taco shells. However, Shanika and Dara’s dishes couldn’t make it to the top three on the Gordon Ramsay Vegan episode.

Finally, Amanda won the immunity, despite the simplicity of her Falafel recipe! Joe called it “perfect”, while Gordon called it “street food elevated to restaurant quality”. Now, talking about the lows in the challenge, all three judges were sharp-tongued in criticizing Shelly, Samantha, and Fred’s dishes. The judges called Shelly’s dish “slightly anemic”, “bare”, and “unfinished”, describing it to be a “nightmare”.

Amanda On Winning The Dish Of The Day

Amanda Saab was one of the few confident contestants of Masterchef season 12! She won the first-ever plant-based cooking challenge of MasterChef: Back to Win by whipping up Falafel served with handmade Pita, watermelon radish, micro-cilantro, tomato, and pickled red onions. According to the judges, it was a humble recipe, beating the flavor & taste of dishes made by other contestants. When Amanda was asked about what made her win the challenge and immunity for the week, she said, elevating her family’s recipe is what secured her win!

Hopefully, this blog helped you get a complete flashback of Masterchef season 12’s Gordon Ramsay Vegan episode. Although Gordon made the seemingly shocking announcement on this episode that he loves plant-based dishes and would be sustaining a green diet, it’s unclear whether he is still a vegetarian.