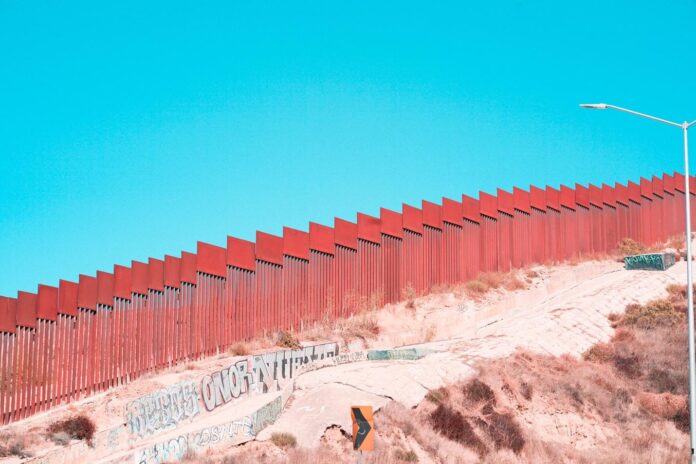 Even Democratic politicians are feeling the fallout of the Biden Administration’s failure to secure the country’s borders, according to a report on the NumbersUSA website. Both Muriel Bowers, mayor of Washington, DC, and Eric Adams, mayor of New York City, have issued appeals to the federal government to help them deal with the onslaught of border crossers in their cities.

While the mayors lashed out against the Republican Governors of Texas and Arizona, Greg Abbot and Doug Ducey, for busing illegal aliens from their states to the mayors’ cities, their cry for help actually served as an echo of the Republican governors’ condemnation of the Biden Administration’s border policies, as the NumbersUSA article pointed out.

“The administration’s policies and communications have encouraged thousands of people to make dangerous trips to our southern border. This has caused a humanitarian crisis that is endangering the lives and welfare of U.S. citizens, as well as those attempting to come here.”

NumbersUSA is a nonpartisan immigration-reduction group that mobilizes its members to lobby decision-makers to improve the broken U.S. immigration system. The organization was founded by its President, Roy Beck, in response to two national commissions on immigration issues. One was a bipartisan congressional commission chaired by former Rep. Barbara Jordan, and another was a commission created under presidential authority and chaired by former Sen. Tim Wirth. Both commissions found that reducing immigration numbers towards their historical average was in the best interest of the United States and its authorized residents.

Mayor Bowser refers to the situation with people crossing the border as a “humanitarian crisis” that she believes will only get worse, causing her to request help from the National Guard and others.

Mayor Adams has also requested that the federal government step up to the plate and send the city assistance. At a press conference on the situation, he stated:

“Right now we are at a state where we must get the assistance from the federal government.”

The NumbersUSA post revealed that, by making their complaints public, the mayors have come in for criticism from some who accuse them of hypocrisy, given that they have declared that their cities are sanctuaries for immigrants.

While the politics of the situation may be uncomfortable for the two mayors, the negative impact on border communities due to the immigration crisis are undeniable, as NumbersUSA reported in a previous blog. The swarm of border crossers has strained the resources of nonprofits and available housing and shelter provided by border cities.

Roy Beck, who worked as a journalist covering politics in DC before becoming a policy analyst specializing in immigration and U.S. population issues, founded NumbersUSA to encourage government policies that benefit society by enabling the government to choose the optimal number of authorized immigrants to enter the country. Now the largest grassroots organization focused on immigration reduction in the U.S., NumbersUSA has more than eight million participants including conservatives, liberals and moderates. Its members are encouraged to persuade public officials that reducing immigration numbers toward traditional levels will help current and future generations enjoy a standard of living that isn’t hampered by excessive immigration.

With the busing of border crossers to Washington, DC and New York, these cities are now feeling some of these same effects. In a Politico article, she stated that in a letter she wrote asking for aid from the federal government, she pointed out the relying on NGOs was not feasible because NGOs were too overwhelmed and underfunded to be relied on. She has emphasized that the city is having difficulty accommodating the needs of its own homeless people and needs help from the Biden Administration.

Mayor Adams has echoed the concerns of Mayor Bowser about the impact of migrants on New York City’s ability to adequately care for and house them.

With the tremendous number of migrants swarming across the border, its spread to other areas of the U.S. is not unexpected, as the NumbersUSA post points out.

While the Biden Administration has turned down Mayor Bower’s first request for assistance from the National guard, she has gone on to make another request.

Additionally, while the Biden Administration has developed plans to send migrants to different cites, the NumbersUSA article explains that this is likely done as a means of distracting attention from the serious crisis its policies have created at the border.