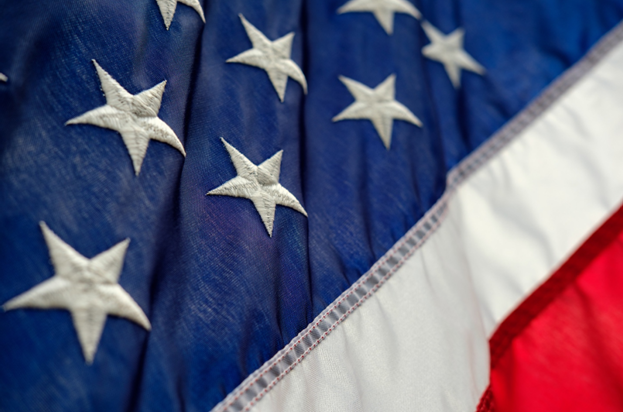 In his teenage years, Beck was a less-than-imposing lineman on his high school’s football team, where he had to work extra hard to get noticed and earn significant playing time during games. “I was a 135-pound offensive guard, and I also played safety on defense,” he recalls. “[But] amazingly, by my junior year, I was varsity, and I got all the way up to 145 pounds and was voted the all-conference offensive guard [while still] at 145 pounds.”

Beck credits persistence and playing technique for his athletic achievements. As a pulling guard, he was able to leverage his agility and ability to get under defenders to assist his team. “I always felt like I was a little guy amongst all these giant [opponents],” he explains, “but I just learned that it was like, boy, perseverance and tenacity could really make a difference.”

Beck took these lessons to heart and brought them with him when he went to study journalism at the University of Missouri. There, too, he found himself “surrounded” by students from larger high schools in Kansas City and St. Louis. But, by exploiting the same traits he used on the football field in the classroom, he was able to excel spectacularly academically. Indeed, by the time he graduated, Beck had earned awards as the top science writer and the second-ranked news writer out of the 800 journalism students at his school.

Beck’s combination of hard work and a sharp eye for knowing how to best utilize resources applies equally today in NumbersUSA’s unique approach to its mission. By concentrating on the “blocking and tackling” challenges of getting out its message and mobilizing its membership, the group has become the foremost immigration reduction organization in the nation, with over eight million participants drawn from diverse conservative, liberal and moderate political schools of thought. The organization’s members are encouraged to engage with public officials to persuade them that reducing immigration numbers will allow present and future generations to enjoy a comfortable standard of living.

After Beck graduated college, he experienced success in the world of journalism via reporting for different news outlets on economic and environmental issues as well as political topics. Still, he felt something was lacking. “I’d always reach a certain level of success,” Beck remembers, “and then I would say: ‘Well, OK, I’ve reached that. I need to go try something else.’”

That something else turned out to be leaving journalism and founding NumbersUSA in 1997. “All that other stuff was preparing me to do something that, honestly, very few people are willing to do,” he theorizes, “which is to take on the issue of immigration policy and take the mud that gets slung at you.”

One of the primary challenges that NumbersUSA faces is that it’s a nonpartisan organization.

“We found that there are lots of people who are a part of a political tribe,” Beck says. “But there’s almost nobody trying to do what we’re trying to do. We may not bring in as much money; we may not have as many members. There are a lot of things we may not be as big in by trying to be pluralistic. But nobody else is trying to do it, so we’re going to stick with what we’re doing and keep trying to be a force toward moderation at a time when that isn’t often seen.”

Nonetheless, NumbersUSA can’t control the nation’s political agenda, so the group simply responds to whatever Congress is doing (or not doing). “It’s just like a sailor can’t control the wind,” asserts Beck. “You have to tack with the wind.”

NumbersUSA spent much of its first decade focused on legal immigration, but for the majority of the last 15 years, it’s concentrated on illegal immigration, due in no small part to Congress’ various immigration amnesties and enforcement reductions.

Initially, to promote its positions, NumbersUSA tried traditional grassroots tactics, such as press conferences, rallies and actions in congressional districts. Ultimately, the organization decided it needed its own homegrown strategies and maneuvers. In the 1990s, the group pioneered faxing members of Congress via its website. Beck termed this “Internet political activism.”

“Creating a grassroots army that wouldn’t have to leave their house to do their activism was a big deal [for us],” he said. “We have a million active emails of people who we can email at any time and ask to make a phone call or to send one of these messages over the Internet. We have around 8 million fans on Facebook that we can reach at any time.”

At Beck’s direction, NumbersUSA began keeping score of congressional voting on immigration issues, eventually becoming the premier source of information for individual congresspersons’ activity around immigration. “No matter what side you’re on, you can find this stuff with us going back to 1990, including every [member of Congress] who’s retired or dead,” Beck says. “Combined with our grade cards, there’s no recordkeeping on immigration that’s even close to as thorough a source as we are.”

Beck further claims that NumbersUSAis able to have a greater influence in Washington by keeping mum on all the efforts it undertakes to get things done and bolster its influence. “On the Hill, that’s important,” he insists.

In the end, the organization’s political impact has the signature of Roy Beck’s tenure as a pulling guard on his high school football team. It’s not bold or flashy, but it gets the work done, and it’s allowed the group to accumulate considerable influence with the legislators who determine the nation’s evolving immigration policies.