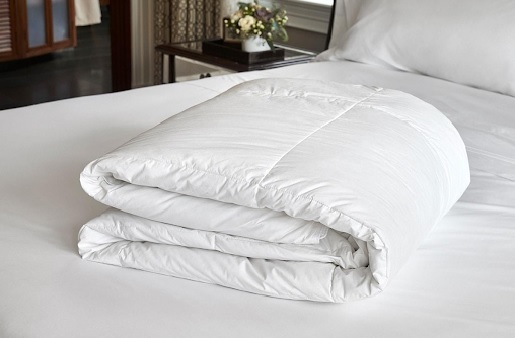 Do you love to curl up with your duvet after a laborious day at work? Do your weekend plans involve storybooks and your favorite duvet? If you do, then it is time to focus on maintaining the cleanliness of the duvet. The soft quilt and cover of the duvet often tends to become dirty and grimy due to daily exposure to sweat and body fluids. The accumulation of sweat and body fluids often makes the duvet a breeding ground for bacteria and other germs. It is therefore of the utmost importance to clean the duvet and the covers at least once a week to practice good hygiene and maintain cleanliness. If you feel like you are not up for washing duvets every week then you may consider availing of duvet washing service provided by household laundry service platforms like Hello Laundry. Read on to know more about washing duvets if you would rather do your own laundry at home.

Smart tips to remember for cleaning duvets at home

For duvet cleaning, it is essential to have a washing machine. However, stains and marks may be pre-treated and removed by hand. Take note of the things to remember for cleaning duvets and duvet covers at home:

Check the material of the duvet

Most duvets are made of synthetic fiber. Such duvets can be easily washed and dried in a washing machine. The duvet cover may be of sensitive fabric. Check the tag of the cover for care instructions and use mild cleansers and lukewarm water for washing the duvet cover.

Did you spill coffee all over the duvet while watching your favourite show in bed? Is there a nasty brown stain in the duvet and duvet cover? Well then, drop everything and get to washing the duvet immediately. Soak the stained region in a saturated solution of baking soda and water. Let the baking soda work on eliminating the stain for about 15-20 minutes. Wash the duvet and duvet cover with a mild detergent powder in hot water for the effective removal of stains.

Set the washing machine to the right temperature

Use the right detergent

Make sure that the washing machine is spacious

Dry the duvet in the sun

Aerating a duvet in the sun is the best way of drying the wet duvet. Lay out a couple of chairs in the front porch or backyard and then spread the duvet wide on the chairs. Let the wet duvet dry in the sun. The exposure to fresh air and sunlight kills germs and makes the duvet feel soft and fluffy.

A brief overview of the process of washing duvets at home

Follow the steps below to wash duvets at home:

Now that you are aware of the process of washing duvets at home it is time to get down to business. Make sure that you are using the right machine for washing and drying the duvets and duvet covers. Keep the tips in mind in order to clean the duvet. A clean duvet helps in sleeping well at night and protects your skin against bacteria and germs. Wash the duvets and duvet covers every week to maintain proper hygiene and stay safe.

What Makes Copper Tubs the Perfect Statement Piece for Your Bathroom?

5 Different Hot Tub Types That You Should Know About