Standout moments from the last five editions of the World Cup 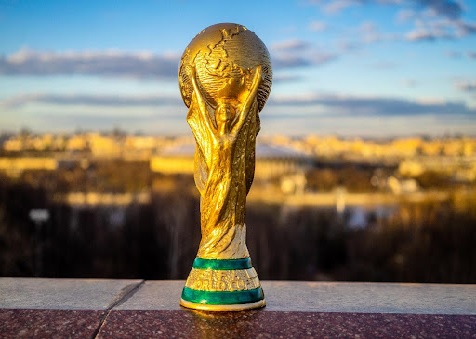 As the World Cup continues to pan out in Qatar, excitement is starting to grow for the knockout stages and the subsequent final at the Lusail Stadium on December 18. So, as lasting memories are made for football fans in the Middle East, now is the perfect time to take stock of some of the best moments from the five World Cups that have already taken place this millennium.

The underdog stories of 2002

While Germany losing 2-0 to Brazil might sound like a pretty standard World Cup final, as two powerhouses of the game battled it out for the famous trophy, few would have expected the third place play-off to feature Turkey and South Korea.

The latter, the joint-hosts of the first World Cup to be held in two separate nations, topped their group unbeaten after defeating Poland (2-0) and Portugal (1-0) either side of a 1-1 draw with the United States. South Korea then stunned the World Cup betting tips again as they beat Italy in sudden death and Spain on penalties before Germany proved a step too far.

Turkey were second in Group C, losing their opener to Brazil and drawing 1-1 with Costa Rice before beating China 3-0 to go through to the knockouts on goal difference. The Crescent-Stars then dispatched of co-hosts Japan and Senegal before losing to Brazil for a second time. Turkey beat South Korea 3-2 in the play-off.

Zinedine Zidane’s headbutt in the 2006 final

Still one of the craziest moments in World Cup history, few could believe their eyes when the legendary Zinedine Zidane turned and headbutted Marco Materazzi in the chest in the 110th minute of the 2006 final against Italy at Berlin’s Olympiastadion.

Playing in his second World Cup final, having won the 1998 edition on home soil, Zidane was one of France’s best players at the tournament ⁠— with his performance in the quarter-final victory over Brazil of particular note.

In the final, which the world knew would be ‘Zizou’s’ last ever game as he previously announced his retirement, the midfielder scored a Panenka penalty to become just the fourth player to score in two separate finals and he was denied numerous times by Gianluigi Buffon before the infamous headbutt in extra-time.

Gil Azzurri went on to win the proceeding penalty shootout 5-3, but Zidane was still awarded the Golden Ball award and returned to Paris with thousands of adoring fans chanting his name.

While the 2010 final between Spain and the Netherlands in South Africa was a forgettable one, with Andres Iniesta eventually breaking the deadlock in the 116th minute in what was a rather dirty affair as 14 cards were brandished, there were plenty of memorable moments amongst the roars of the vuvuzelas — including some cracking goals from the likes of Diego Forlan and Giovanni van Bronckhorst.

But the standout moment of the tournament is another controversial one, with Luis Suarez’s handball in the quarter-finals crushing the hearts of Ghana. Late in extra-time, Stephen Appiah’s effort looked destined for the back of the net. However, the then Ajax forward denied the Black Stars the match-winning goal with a save on the line that the aforementioned Buffon would have been proud of.

With Suarez sent off for his handball, Ghana still had the chance to win the game from the spot, but Asamoah Gyan’s penalty rattled the crossbar and Uruguay went on to win on penalties.

The 2014 World Cup in Brazil was supposed to be the Selecao’s year. On home soil, the Samba nation were tipped to go all the way and win their sixth World Cup trophy — led to glory by superstar Neymar.

It was going swimmingly as Brazil topped their group before dispatching of fellow South Americans Chile and Colombia in the round of 16 and quarters respectfully. However, when Neymar suffered a back injury against the latter, the Selecao appeared crestfallen and that was evident in the semi-finals against Germany.

In what is perhaps one of the most memorable games in World Cup history, given the setting and final scoreline, Germany ran riot against Brazil. Thomas Muller, Miroslav Klose, Sami Khedira and a double from Toni Kross gave DFB-Team a five-goal lead at the break, and Andre Schurrle added insult to injury with a brace late in the second half. His Chelsea teammate Oscar scored a consolation in the 90th minute, but the damage was long done at the Estadio Mineirao.

The arrival of Kylian Mbappe in Russia

While the underdog story of Croatia getting to the final and the thrills of the showpiece match itself — ending 4-2 in Les Bleus’ favour after VAR controversies, goalkeeping errors and plenty of goals — are both worthy moments in World Cup history, the big talking point from 2018 was the emergence of generational talent Kylian Mbappe.

Having already spent a year on loan at Paris Saint-Germain before becoming the world’s most expensive teenager, Mbappe wasn’t entirely an unknown entity in the game. But the Russia World Cup was his opportunity to announce himself to the world and he took it with both hands.

The then 19-year-old scored four goals and bagged an assist, with his standout performance coming against Argentina in the round of 16 — when he outshone a certain Lionel Messi with a brace and an assist to secure a 4-3 win for the France. He went on to win the Young Player award.