The Assortment of F150 Grills Available for a Truck Buyer 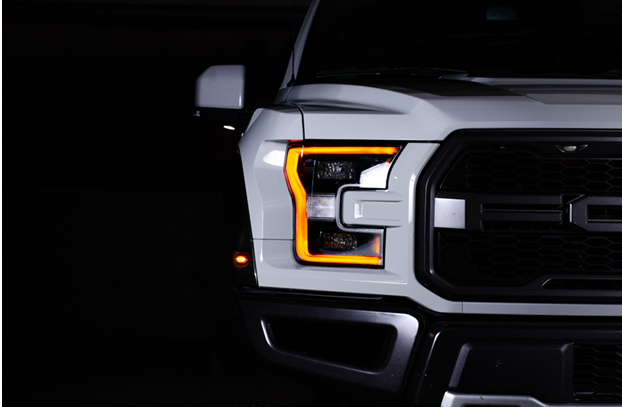 If there’s one thing about Ford F150 trucks, it’s the fact that they have a wide assortment of front grills to choose from. Depending on the model one chooses, and there are multiple configurations to pick, the F150 grills change noticeably. And the differences are more than just cosmetic. With 11 different options to work with, many truck buyers are going to be challenged to narrow their decisions to one particular vehicle. That said, most of them are popular, traditional or not.

The basic level Ford F150 is the starting point in the F150 series today, and it probably counts as the “default” factory grill option available. While this standard grill is the base factory option if a buyer chooses nothing else and wants a budget truck, the design of the vertical ribs and dark inserts still gives the XL F150 a respectable look on the road.

Unlike the starter factor set one gets with the STX, the grill on the STX Ford F150 is not as pronounced but looks a bit more professional. This one introduces the black mesh approach with a central Ford logo emblem, which seems to be running a shortage in 2022. It’s a better design overall, and the mesh still works effectively as a protection grill for the front of the engine and truck. For truck lovers who want something more than just slats, the STX is a step up, definitely.

The change from a plain black grill to one with chrome happens at the XLT level. The XLT F150 has a chrome border that fences in a black grille similar to the XL design. The chrome just offsets the look as the framework for the black part. Otherwise, the internal part is still the same with vertical slats and a dark interior between them.

Of course, there is the overt XLT Chrome as well. In addition to a chrome border, the XLT Chrome also provides a chrome border to the Ford logo in the middle of the grill. The lower part of the entire assembly ends up having a shinier look as well, but it’s still a variation off of the rest of the XLT Series.

The XLT sport is another variation in the same F150 trend. The Sport version uses gunmetal coloring and a wide trim piece instead of the chrome border. The darker inserts are bigger and the bottom part fades into a body color with the truck instead of more chrome.

When a truck buyer is shifting into the higher levels of the F150, shifting into the premium levels, the Lariat series begins. The grill dramatically changes on the Lariat F150 to match the upgraded features of this truck model. There’s a serious amount of chrome on the border, front and center of the grill, making it clear this F150 grill is a step up from the average truck. The vertical slats are a lot thicker and stronger, and the front bumper actually has a notable amount of chrome as well, like the trucks of old.

Of course, the above might not be enough. The Lariat Chrome goes even further, and the vertical slats get swapped out with an expansive chrome version instead. The Lariat Chrome really pulls out the stops and makes it clear the Lariat is the head of the class, not the middle of the pack. This grill is going to stand out at night, reflecting all the street lights around it.

The Sport version of the Lariat, just like the XLT, does away with the chrome and replaces it all with a dark, brooding gunmetal assembly. Every part of the grill is dark and there’s not a hint of chrome in the design. Even the bumper switches over to a body color and removes the chrome entirely.

Just like the Lariat, The King Ranch has to stand out as well, and it doesn’t disappoint. Also sporting a unique style that is only in the King Ranch truck and no other F150, the King Ranch comes with a gold trim that runs from side to side on the grill, matched with a lower gold bumper. The King Ranch Chrome version swaps this out with a chrome-colored setup instead.

There’s not much difference from the Platinum grill versus that provided on the King Ranch except the coloring. Unlike the King Ranch F150, the Platinum F150 grill is made in a silver color and finish. And, almost as a step back, the lower bumper to that grill is body color versus anything as a standout.

One would expect that at the top of the rise up the different F150 options, the Limited version would have the most standout grill available for an F150 truck. While it combines twists on the Lariat and King Ranch options, the Limited provides a bigger silver border on the grill, matching silver vertical slatting, and then Limited spelled out in big embedded letters.

So, there’s no question that the F150 grill choices are abundant. They might even drive a buyer to pick one F150 model over another, but don’t expect Ford to stop with what they already have. The F150 grill choices have been so popular, the automaker is more than likely to create more options to generate even more truck buyer buzz over the differences.

The best escape from Tarkov hacks don't use cheat codes. The developers of the...
Gadget

Do you ever find yourself in a dark room, fumbling for your keys or...

The best escape from Tarkov hacks don't use cheat codes. The developers of the...
The News Mention