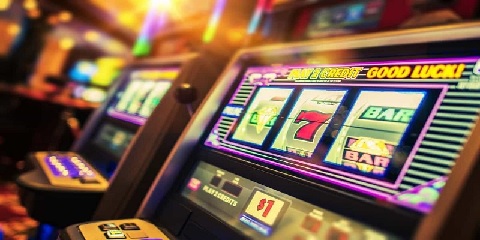 Gambling scenes appear in numerous sci-fi movies. They can enrich the plot and the characters in a movie. They add to the suspense of a scene and reveal more about a character. Sometimes directors will use original gambling games, and at other times they will invent new games. Here are three popular sci-fi franchises that feature gambling.

Star Wars is an incredibly popular franchise with a huge fan base. The Last Jedi incorporated a scene from an outer space casino. An invented card game called Sabbacc is played across the Star Wars galaxy and has similarities to blackjack and poker. Its main objective is to win credits. There are two pots, and with each hand, players place an ante into the main pot and the Sabbacc pot. Subsequent bets are placed only in the main pot.

It is inevitable that online gambling will also start to appear in sci-fi movies. An online casino gives players the benefit of playing online games like blackjack and poker. They can even play live dealer games from the comfort of their own homes on their mobile phones. Some online casinos feature sci-fi-themed games, and you can bet real money on them.

Star Trek is one of the best sci-fi movies ever. One scene features McCoy teaching Spock how to play poker. It was Captain Kirk’s idea, and the rest of the bridge crew participated in the fun. When McCoy suggests that the Vulcan is lying, Spock is quick to point out that this isn’t the case. He simply estimated the probability of each player having a better set of cards than him. Scotty figures out that he’s counting cards.

McCoy says to Spock that poker isn’t about counting cards but about bluffing and reading other players. Spock asks with incredulity whether he’s suggesting he makes his decisions based on emotion. Scotty says he must use intuition. After beating everyone except Captain Kirk, Spock concludes by remarking that gambling is an illogical activity.

Betting is a crucial element in The Hunger Games and is essential to the plot. In a dystopian future America, tributes are drawn from 12 poverty-stricken districts and have to fight each other for survival at the Capitol. It’s a ruthless game that’s played to the death.

Betting on the tributes takes place throughout the games. It starts before training and increases in intensity until one tribute becomes the victor and all the others are dead. Various statistics and lists of the skills of tributes help bettors to place their bets. Odds are updated over time, and the odds for a specific tribute can be seen to increase or decrease.

Betting in casinos or online is not as ruthless as in the hunger games. The origins of online gambling show that game selections were constrained and games were not as user-friendly as they are now. Competition has led to many improvements, but there is still likely to be more innovative technology that leads to further advancements in the future.