More
HomeGamesUsing Dolphin Emulator, you can now play Wii/GameCube games on your Android...

Using Dolphin Emulator, you can now play Wii/GameCube games on your Android device 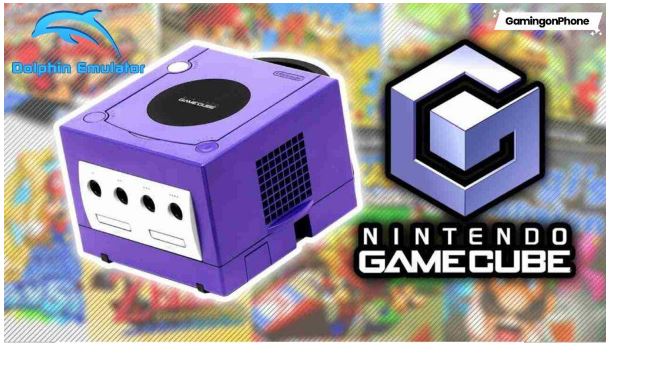 Whether you brought it out on your own or went with friends and family, the Wii and GameCube shaped many wonderful memories in our youth. These are just a few of the games that kept us entertained for hours on end with the Wii Sports, Mario Kart, and Super Smash Bros. If you’re looking to relive your childhood gaming experiences, all you need is an Android smartphone and a bit of time. In this article, we’ll show you exactly how to play Wii/GameCube games on your Android phone for free.

An emulator is a software application that allows one device to pose as another. For our purposes, we need an Android app that can simulate the Wii and GameCube gaming consoles. Impact on the host device should be nil since it functions like any other mobile app; however, there already exists a reputable app that can emulate both desired consoles.

Visit the Google Play Store and search for Dolphin Emulator. You may need to have certain requirements met before you can download it, since they are emulating more recent consoles. Click here to find out what those requirements are. Or you can get it on Techtoroms.

The Dolphin Emulator does not come with any games automatically installed. You will instead have to download them from the internet separately. Be aware that, since there are many websites which allow you to download games for emulators, some of these may not be safe sources. To avoid this problem, only select trustworthy sites such as Wii Gamesand GameCube Gameswhich have been verified by other users.

It’s easy to discover the best game for you once you’ve narrowed down your options. Follow the instructions to download it to your device once you’ve found it. There may be some new words on the website that are unfamiliar to you. A ROM is a term that refers to a computer file containing data from an older video game run through an emulator. In this instance, ROM stands for Read-Only Memory and references a copy of a game’s read-only memory.

Simply stated, an emulator ROM is a software simulation of a game cartridge. The file sizes for the Wii and GameCube are not consistent, but they can be significant. Before downloading, check to see if there’s adequate space on the mobile storage by determining the file size of the game.

The game should be downloaded as a .zip or .7z file. To extract the folder and retrieve the actual game file, simply open it in a files manager app and hit extract. A good option for this is ZArchiver, available to download for free on the Google Play Store.

Select the appropriate menu for the Wii/GameCube using the navigation bar on the Dolphin Emulator app. Then, in the bottom right, click +. Locate and grant access to the folder on your device where the game file is stored and then close out of that pop-up window.

After that game appears in the emulator, simply click its cover image to load it up! You’ll need to use this selected folder for future games as well, which is why having a dedicated Wii/GameCube games folder is so useful. When downloading new games later on , just add their files to that specified folder and they should appear in your emulator automatically. If not appearing automatically, clicking the refresh button at the top should do the trick.

Step 5: Getting to know the controls and preferences

Some of the games on the Wii are quite resource-intensive, so it’s a good idea to tone down some settings here and there. Close the emulator menu by hitting the back button on your device or using gestures you would normally use to go back a page. Here you’ll find everything from capturing screenshots to adjusting settings and reworking overlay controls.

It’s also possible to connect a controller to the emulator. Connect your device, then go to the top of the Dolphin emulator’s home page and select the gear wheel to enter the settings menu. Bind buttons on your controller to the corresponding inputs in the GameCube input or Wii input subsections. There have been numerous input devices available for Wii, ranging from traditional controllers to Nunchuks, as well as specialized items like drums and guitars. It is feasible to replicate these as well!

We hope you enjoyed our article on how to play Wii/GameCube games for free on Android! You can also download Nintendo DS ROMS games and play at Techtoroms.