More
HomeTechnologyWhat is Cloud Computing? Everything You Need to Know

What is Cloud Computing? Everything You Need to Know 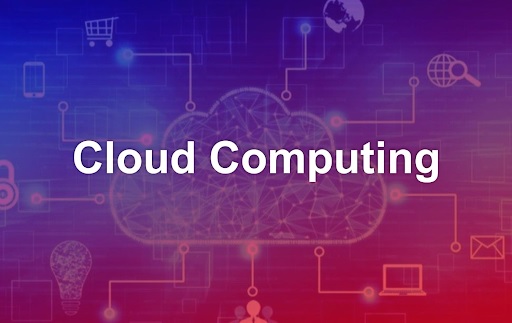 As more and more companies migrate their computing workloads to the cloud, either through commercially available public cloud services or internally developed private clouds, cloud infrastructure development has become a major expense category in the information technology industry. Know all about Cloud Computing through this article.

In layman’s words, what is Cloud Computing?

Offering speedier innovation, flexible resources, and economies of scale, cloud computing is the supply of computer services such as servers, storage, databases, networking, software, analytics, and intelligence through the Internet (“the cloud”).

What is the process behind Cloud Computing?

Instead of investing in and maintaining their own in-house data centres and computer infrastructure, businesses can instead lease these services from a cloud provider. For example, PrimApp or most of the websites might host their website’s data on cloud provided by hosting providers.

Using cloud-computing services allows businesses to pay only for the resources they actually use, rather than having to budget for and manage their own in-house IT infrastructure.

Providers of cloud computing services, in turn, may reap substantial cost savings by catering to a large customer base.

How many different types of Cloud Computing solutions are there?

Storage, networking, and processing power are only the beginning of what can be done with cloud computing; now we also have access to more advanced services like natural language processing, artificial intelligence, and even basic office software. Just about any service, including quantum computing, may now be accessed without the user having to be in close proximity to the underlying computer hardware.

What are some applications of Cloud Computing?

It’s important to note that many different services rely on cloud computing. Services that allow major companies to host all of their data and operate all of their apps in the cloud fall into this category as well as consumer services like Gmailof your smartphone’s images. For instance, Netflix’s video streaming service and other business operations are entirely dependent on cloud computing.

As more and more software companies move toward a subscription-based business model, cloud computing is quickly becoming the de facto standard for a growing number of applications. Cloud computing, although promising many benefits, may also come with certain drawbacks, such as additional expenditures and security threats for businesses.

How come it’s referred to as “The Cloud”?

The location of the service, and other technical particulars like the hardware or operating system on which it is running, are generally transparent to the user in the cloud. For this reason, the cloud metaphor was appropriated from older diagrams of telecommunications networks, in which the public telephone system (and subsequently the internet) was typically shown as a cloud to indicate that its physical location was irrelevant and that it was simply a collection of data. Of course, this is simplifying things too much; for many consumers, the physical location of their services and data continues to be a major concern.

Where did the concept of “The Cloud” come from?

Although the name “cloud computing” did not appear until the early 2000s, the notion of “computing as a service” has been present since the 1960s, when computer bureaus began offering mainframe time for rent rather than outright purchase.

However, in the late 1990s and early 2000s, the idea of renting access to computing power reemerged in the form of application service providers, utility computing, and grid computing. It was then followed by cloud computing, which became popular due to the rise of SaaS and large-scale cloud providers like Amazon Web Services.

Is SaaS (software as a service) the same thing as Cloud Computing?

One may argue that Software as a Service (SaaS) was the impetus for cloud computing since it proved that IT services could be delivered via the Internet. Despite the fact that many SaaS providers avoided using the term “Cloud” when describing their products and services at first, experts today classify SaaS as a specific segment of the cloud computing industry.

To what extent do various service categories exist in the Cloud Computing Paradigm?

What kinds of programmes are suitable for the Cloud?

Any programme may theoretically be hosted on the Cloud. However, that does not make it a good plan. If you need a disc defragmentation or system analysis programme on your desktop, you probably don’t want to run it in the Cloud where there’s likely to be a lot of delay.

Moreover, businesses are hesitant to move some apps, especially those dealing with sensitive customer data, into the Cloud due to legal and compliance issues. However, a highly functional site like TipTop can be hosted online on cloud.

This article has informed you about the basics of cloud computing. While adopting a new cloud service and beginning to use it might be simple, moving already existing data or applications could be a time-consuming and costly process. Therefore, consult with experts  to understand cloud computing in detail.