More
HomeBusinessWhy is branding practiced in the first place?

Why is branding practiced in the first place? 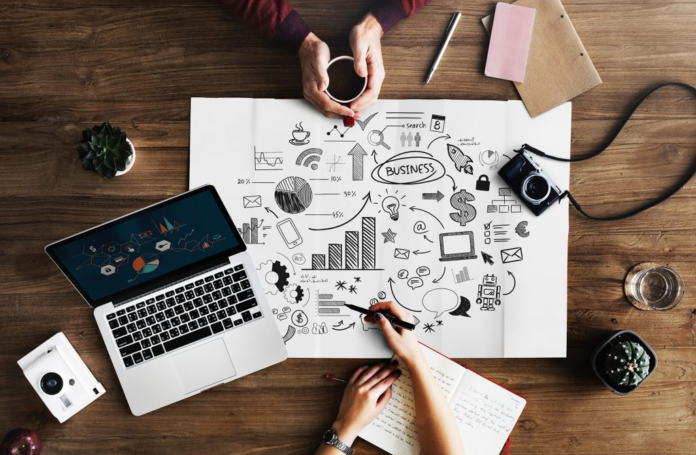 The best way is to look at its origin & how it has evolved over time, refer below……take the journey & learn.

1500’s: The beginnings of branding

In Ancient Norse, a Scandinavian language, the word “brandr” means “to burn.” Originally, a brand was a burning piece of wood and later described as a torch. By the 1500s, it became common to brand cattle in order to show ownership.

Right from the start, branding was all about making your mark, both literally and figuratively. Each branding mark was unique to the cattle ranch itself. They were simple, distinctive and instantly identifiable—the tried and true pillars of any great brand. Think of these icons like the first product logos.

Europe and the United States transformed during the 18th and 19th centuries with new manufacturing processes. This historical time sparked the advent of the mass production of goods, a result of increased efficiency and technology in the workplace. More products meant more choices for consumers. Since companies now had more competitors than before, there was a sudden need to stand out and take ownership.

Enter the trademark. A trademark consists of words, phrases, symbols, designs, shapes, and colors legally registered or established by use as representing a company or product.

Registered trademarks rose to prominence in the 1870s, and the U.S. Congress passed its first Trademark Act in 1881. This was the first instance of branding as intellectual property, giving a way for companies to officially claim their products as their own and combat copycats and rivals.

The turn of the 20th century was a time when technology began to transform everyday life and we got a glimpse of what our future could hold. The Wright Brothers’ historic, inspiring flight in 1903 became an archetype for the creativity, innovation, and imagination that defined the era.

The century began with the birth of several iconic companies that would eventually become leading brands around the world. Coca-Cola (introduced in 1886), Colgate (1873), Ford Motor Company (1903), Chanel (1909) and LEGO (1932) were all first-of-their-kind pioneers, trend-setters, and brand-builders.

At the time of their introduction, these brands were ahead of their time. Ford Motor Company offered American-made, gasoline-powered vehicles before anyone else, and Chanel offered suits for women at a time when they’d only been thought of as menswear. These brands were inventive and the first of their kind, which made them instant industry leaders.

During the era, brands made their mark through newspapers and magazines. Print provided a space where brands could use words, logos, and illustrations to differentiate themselves. Advertisements were often very informational and described exactly how products worked and what they could do.

Now that production was more efficient, and companies were finding value in officially taking ownership of their products, the next logical step was talking about them in a setting where potential customers would listen.

At the beginning of the 20th century, most radio stations were operated by radio equipment manufacturers and retailers that mostly used their stations to promote their businesses. By the 1920s, radio had become much more popular, and station owners looked to advertising as a way of making their businesses more sustainable. Branding came to life through radio jingles, catchphrases and targeted messaging.

The first paid radio commercial aired in 1922 on WEAF in New York, advertising a new apartment complex in the area. By 1930, almost 90% of radio stations in the United States were broadcasting commercials. During this time, manufacturers would not only sponsor advertisements but entire programs as well. This took brand identity to a whole new level. It became audible, memorable and relatable.

After radio came television. On July 1, 1941, Bulova Watches aired the first television commercial before the broadcast of a New York baseball game. It was just 10 seconds long and seen by only a few thousand people. Just like radio, as television rapidly grew in popularity, companies began taking advantage of the new medium by sponsoring shows and creating commercials. With television, brands could now come into people’s homes with visuals, words, sound and music, bringing them closer to consumers than ever before.

The post-World War II era was another transformative time in both product manufacturing and consumer culture. In the US, car culture, the expansion of the middle-class, suburbanization and the embrace of television created more even more opportunities for companies to compete to reach new audiences. Think big, loud, highly visible forms of brand recognition: billboards, subway signs, loud architecture, product packaging, and more and more TV commercials, which were enhanced with the creation of color TV in 1953.

During this time, companies developed the discipline of brand management (which has largely evolved marketing as we know it today) after more and better competitors started appearing in their industries. Soon, countless products looked and functioned similarly. A brand manager had the task of creating a unique identity for a product to separate from its competitors.

What truly characterized this shift in branding techniques was a move into more emotional advertising. Because competitors offered largely the same product, marketers had to differentiate themselves in other ways.

After studying target consumers, marketers developed a deeper understanding of their audience, which allowed them to tap into their wants and needs. With the right images and messaging, marketers created an emotional connection between their products and their consumers. If consumers “felt” like they had the better product, they would buy it. Branding had gone from informational to intimate.

As brands evolved over the decades, they needed to freshen up a bit or even take on a new identity to stay relevant, cater to changing tastes and differentiate themselves in an ever-growing field.

Consider how the Walmart logo has lightened up over the years. It’s become more approachable and fresh. And along with the logo, the store has also upgraded its employee uniforms in recent years. The change feels welcome, and in the case of Walmart, rebranding was a natural, much-needed step in the evolution of its brand identity.

Revamping campaign slogans can also play a role in reinventing a brand and taking it to the next level. The fast pace of modern branding gives brands a need to constantly stay ahead of their competitors. Sometimes, all it takes is a great slogan, even if the brand is already well-known.

Think about L’Oréal’s “Because you’re worth it” (written in 1973). Or McDonald’s “It’s a good time for the great taste of McDonald’s” (1984). Or Folgers “The best part of waking up is Folgers in your cup!” (1984). Each of these slogans took an already prominent brand to a new, more recognizable place on its journey.

This era of brand evolution also began to transform the retail industry. By the 1990s, stores began to realize that they were more than shelves for countless products. Instead, they could actually curate their offerings and demand better branding from companies.

How Does Qnet Pay Commission?

The Challenges Of Opening A Data Center

7 Tips To Qualify For A Loan For Your Motorcycle

Why you should include annuities in your retirement plan
Across the Industries: 8 Ways Self-Storage Can Help Your Business
Man with a Van Services to Move Your Home