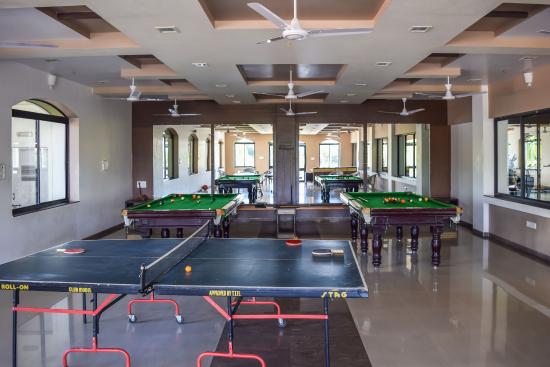 Wii Sports Resort may be a simple collection of casual-friendly games, but it serves as an important demonstration for the Wii MotionPlus accessory. Wii Sports Resort capitalizes on the hugely successful Wii Sports that came packed in with every Wii videogame console. It was one of the greatest hits in the last decade.

Wii Sports Resort takes the same concept of the casual-friendly games, and takes it to a greater level thanks to the Wii MotionPlus accessory. The Wii MotionPlus is Nintendo’s new device that connects to the bottom of every Wii remote and instantly offers better controls. Let us find something more about it here below.

Games at the Sports Resort

Twelve games are included in Resort. The collection of games is hit or miss, but the ones that are good truly show the potential of the Wii MotionPlus. Arguably the most entertaining game in the entire collection is Swordplay. However, it may be different for several readers here. Visit this site for more details.

The MotionPlus accessory truly helps the game mimic every angle and movement of your sword. Along with the Duel mode in Swordplay, there is also Speed Slice and Showdown. Speed Slice has you competing against another person in attempts to see who executes the correct strike that appears on the screen. Showdown is another fast and entertaining mode that has you progressing through different stages fighting off countless A.I. controlled opponents.

Another great game is Archery. Archery has the player hold the remote in one hand, and the nunchuk in another as if you were really holding a bow and arrow. The sensitivity and accuracy of the MotionPlus is greatly demonstrated here in Archery.

Tennis made another return but this time the playing field is not a field, but rather the table. Table tennis is another great game that truly shows off the Wii MotionPlus’ great controls. By angling your wrist, the player is able to put a different spin and arc on their hit.

Golf and Bowling simultaneously made a return from the original Wii Sports, but this time with much improvement. In the original Wii Sports Bowling, the game was not able to register the angle of your wrist when releasing the ball. Now with the MotionPlus accessory, the player can curve the bowling balls. Golf now requires players to be steadier when hitting the ball because the MotionPlus accessory will detect the slightest hitch in your swing. The player can also tilt the wrist to the right or left for angling you golf shots.

Basketball made a first time appearance in Wii Sports Resort with mixed results. The three-point contest has players moving their hands down to pick up a ball, while holding down a button, and then raising the remote above their head to shoot the ball. The other mode in basketball is a simple pick-up game that does not give you control over your players. All a player can do is control the shoots and passes.

Frisbee is another game collection that is not necessarily fun, but it is another good demonstration of the MotionPlus accessory. One mode has the player tossing the Frisbee to a dog and the other is Frisbee golf. Both are actually quite challenging and do accurately mimic the motions of throwing real Frisbee.

Air Sports, which features three modes, is another offering with mixed results. Skydiving and Island Fly Over are very uneventful games that once they are played, they will probably never be revisited again. Dog fighting on the other hand is a two-player only affair that has players matching up against each other and controlling their airplanes like paper airplanes. Although Air Sports two other modes are bad, Dog fighting is a pretty entertaining game.

Make no mistake, this is a game meant to be enjoyed with groups of people. Each game type features multiplayer modes and the sometimes boring game modes become instantly better when enjoyed with three other people.

Those expecting a visual tour de force from Wii Sports Resort will be greatly disappointed. The resort does feature a graphical upgrade over its predecessor. Nintendo decided to stick with the same simple style of the original. In Resort, the texture work is better, and ragdoll physics and the water effects are nice for a Wii game.

Overall, the game has a nice look of polish to it that the original Wii Sports lacked.

Nintendo again created another fun and social gaming experience for its millions of fans and users. There are some duds in this collection, but the good ones make the game a good one to own for Wii owners. Wii Sports Resort is a great collection of games that truly demonstrates the potential of the MotionPlus accessory. If utilized correctly by other developers, there can be some definite unique experiences on the Wii.

Imagine the swordplay and archery used to greater extents in some adventure titles like Zelda. Despite some of the shallow games offered in the Resort, the game does a great job of creating a unique and fun experience that can only be experienced on the Wii. Nintendo has improved its motion controls greatly, and now it is up to developers to truly expand upon the Wii MotionPlus. But for now, Wii Sports Resort will definitely satisfy those looking for a casual-friendly collection of sports games.