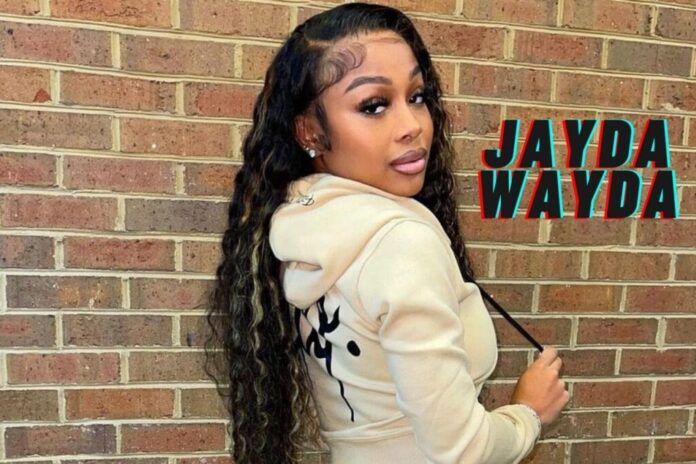 Social media influencers have been in the news nowadays for their achievements. So many young adults are building their careers on different social platforms by showcasing their skills to the audience. Usually, the audience gets attracted to the personality and becomes loyal fans of the influencers.

“As We Know Jayda Wayda Is an  make-up expert And Social Media Influencer, nowdays she has become a sensation in the world of social media influencing, she has more than 10 million fans worldwide”

Who is Jayda Wayda?

Jayda Wayda is a well-known entrepreneur, social media influencer, and Youtuber who is most popular for her youtube videos based on make-up and traveling. She is a well-known personality in North America where the young audience is quite influenced by her and follows her ardently.

Jayda Wayda was born on 25 September 1997 (23 years old) in Savannah, Georgia, United States. Her real name is Jayda Cheaves and she uses Jayda Wayda as her stage name.

She is quite popular in her love life also. In 2016, Jayda and Lil baby started their relationship which attracted quite an audience and made them more popular and loved by fans.

In 2018, they parted ways by ending this wonderful relationship giving a huge shock to their fans. But, destiny couldn’t let them be parted, as Lil and Jayda found out that Jayda is pregnant. Lil came back to take care of their child. A son was born to them in Feb 2019, and they named him Loyal Armani. They both together are taking care of their child.

Lil Baby is an American rapper who has been in the business since 2016. He has made several albums and has worked with Drake also. Two of his songs have been in the top 5 of The Billboard chart.

As an entrepreneur, she own and founded AmourJayda, a clothing brand that offers quality products in various designs. She also owns a shop that provides solutions to get rid of hair problems.

She has been a businesswoman since her teenage days. She used to write and then end up writing a book about young bosses doing entrepreneurship. She got the inspiration to write about this topic from her fans only as they used to ask her how to become successful like her.

Jayda Wayda Career As a Youtuber

She has been uploading videos since 2018. The content is typically the same which her audience loves. The channel is about make-up tutorials and vlogging.

Nowadays, people like to see what a celebrity does in his/her daily life, and how adventurous it is. So vlogging for influencers has become another good source of income.

Jayda Wayda’s Career As an Instagrammer

Being a famous model she has always been a step ahead in wooing her audience. By posting daily updates on her Instagram account she makes sure that her fan base keeps on increasing which will eventually make her earn more money through brands and other things.