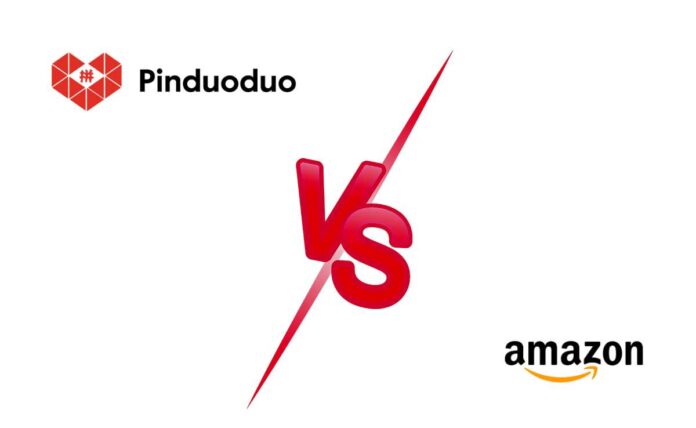 Amid the augmented warmth of dispersing Chinese goods overseas, the Chinese most popular and successful e-commerce web page Pinduoduo has won momentum for its 1st global attempt in the U.S.

The very first US online shopping site has been launched by Pinduoduo and the website is called Temu.

It has cemented its presence in order to give an arduous challenge to the U.S e-commerce leader, Amazon.

Temu went online on 2nd Sept 2022 and it gained the top spot among the US Android shopping apps, during the mid-september, just a few days after its arrival, as stated by the app analytics platform Data.ai. Only the new downloads have been indicated by the rankings, so scaling the activeness and user retention is quite hard.

Almost every category of item that will be needed including daily use commodities and rarely findable items, can be findable on Temu website. Jewelry, clothings for males, females, and children, boots, pet supplies, home decor, gardening items, etc are present along with a number of other categories as well.

Pinduoduo, a Chinese technology used to promote and enable its traditional agricultural industry was founded by Colin Huang in 2015.

Shanghai, China has its headquarters. Despite being a juvenile firm, it has crossed a long way and is now on its way to cross its rivals’ growth, so as to stand shoulder by shoulder with giant e-commerce companies like Alibaba and JD.com.

Till now Pinduoduo has raised a total of $3.8 billion and the net worth of the company is about $87 billion.

After the resurgence from covid-19, the domestic economy of China has faced a number of challenges, due to which its economic growth has been weakened gradually and resulted in devastating the sentiments of consumers.

But the clever strategy of this e-commerce by connecting the consumers directly to its manufacturers has resulted in the dynamic rise of the company. It allows trimming middlemen costs and finally price items more competitively than others depending on the layers of providers.

Brand-building is not the particular aim of Pinduoduo, as its growth and success is rooted in vending white-label goods at a good discount. It remains to see whether this strategy will help in boosting the factory’s product image, beyond “cheap Chinese goods”.

The major challenge for Pinduoduo will be the cracking of the U.S market. The reputation of Amazon is appreciably high in the US market, so firstly, Temu has to be strong enough to build a brand mark up to the level of Amazon.

As it was stated by the Pinduoduo company, the delivery in the U.S. could take 7-15 business days because of the cross-bordering distance, which could be the most laborious and challenging thing for Pinduoduo. It has also been announced by the company that deliveries above $49 will be delivered free of cost.

On the other hand, Amazon’s offers of same-day or next-day delivery and the exciting and captivating exchange limits can be the biggest hurdle in the growth and success path of Pinduoduo’s Temu.

Advantages Given By Pinduoduo

The products on Pinduoduo’s e-commerce website appear to be quite cheaper than other e-commerce platforms. It offers a tremendous discount on its site almost every next day.

The company has made it’s focused on developing its footprint in the hearts of the common man by offering heavy discounts on its products. This can be a game changer for the e-commerce world.

It has also made an initiative to commonalize the selling of its agricultural products in order to differ from its rivals.

In just a few years, Pinduoduo has achieved the next level of success, but the major hindrance in the growth and fame of Temu will be the unbreakable US market as it contains mountain-strong shopping websites like Amazon and people have unconditional trust in them.

So it could be quite tough for Pinduoduo to elevate. But the efforts made by them are saying that they will not take their foot back.

What is the name of Pinduoduo’s new shopping website?

Who are its competitors?

When will Temu start working?

It has already started its work on 2nd September 2022.

What are the difficulties faced by Temu in its growth?

The biggest hurdle is the cracking of the US market. The trust and belief of customers in Amazon and the beneficial deals of it as for now the delivery timing is quite high for Temu deliveries.