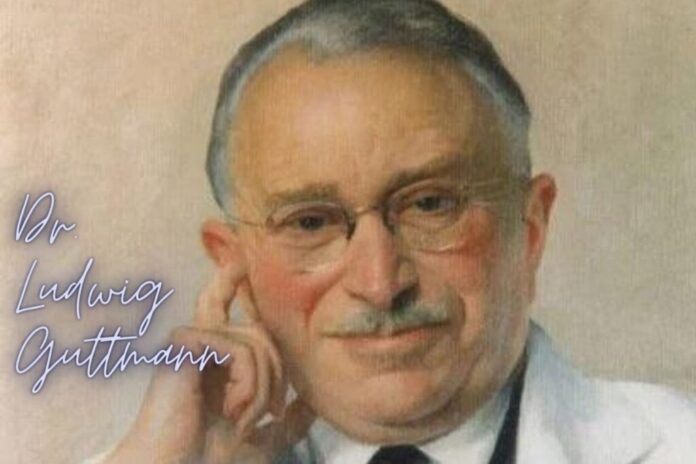 It all started during World War II when Germany’s one of the Top neurologist Dr. Ludwig Guttmann, who diagnosed the injured soldiers, decided to give these injured patriots their dignity and hope back. So he thought, the best way is to motivate these soldiers to participate in games related to the Olympics and hence started rehabilitation sports.

This rehabilitation sport was fondly accepted by the disabled soldiers and the game soon evolved into a recreational sport and ultimately became a competitive sport called Stoke Mandeville Games.

” Dr. Ludwig Guttmann is known as “The Father of Paralympics”

Dr. Ludwig was born on 3rd July 1899 in Prussia, the German Empire. He was a neurologist.

He started The Stock Mandeville Games, which is a sports competition event, especially for people with disabilities. The game was later converted into the Paralympic Games. Thus, he is called the father of the Paralympics.

Born in the family of a distiller, he had an interest in medicine from the start. In the late 1910s, when he was volunteering at a hospital, he came across his first spinal injury case.

He was a Jew, so he was against the beliefs of Nazi Germany and hence fled the country just before the Second World War.

As we all know in the late 1940s, the rule of Nazis in Germany was on the surge and they were targeting all the non-Nazi residents in Germany.

So when Dr. Ludwig was asked to fly to Portugal to treat a friend of the Portugal Dictator, he grabbed this opportunity. During his return, he landed in London and remained there. There he was helped by Council for Assisting Refugee Academics (CARA).

He was living in Oxford with his wife Else Samuel Guttmannn and two children, Dennis (son) and Eva (daughter). He also started practicing spinal injury research again.

The Ideation of Paralympics – by Dr. Ludwig Guttmann

After being asked by the British government to handle the National Spinal Injuries Centre at Stoke Mandeville Hospital, he started his research on the different causes of spinal injuries. He was also appointed as the director of the Hospital. His task was to treat the pilots who had been in crashes and were suffering from spinal injuries.

Guttmann has strong beliefs in physical therapies like playing sports as they will build up physical strength and self-esteem.

“He thought that this method would be very useful in treating paraplegics. So he went on to organize the first-ever game for disabled persons called “Stoke Mandeville Games” in the year 1948“

A true doctor who wanted his patients to believe in themselves and never lose hope. Supporting his patients when a world war is upon his head and risking his life by not returning to Germany were some of the bravest memories of Dr. Ludwig that we will remember forever.

He made a revolution for the specially-abled people in the world as they are now parallel with the normal persons. He definitely deserves to be called the “Father of Paralympics”.