What is Pac-Man? Check 30th Anniversary: Celebrated by Google Doodle 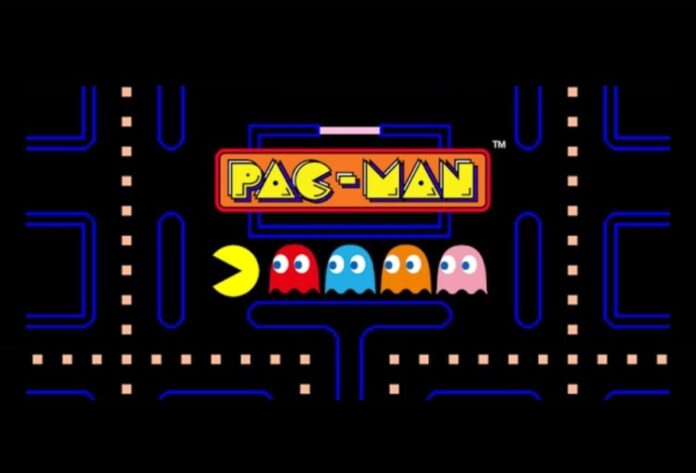 Sometimes time flies with the speed of light, as it has been 30 whole years since the release of everyone’s favorite game “Pac-Man”

More than half of my childhood is spent playing only one game – Pac-Man. I know you won’t believe me. If I think, it is unbelievable for me too. But the love for playing Pac-Man, and beating the high scores of each level still brings back the best days of my life.

There is something about the game that just attracts people to it, it could be the idea that the game reciprocates towards a kid- to enjoy with their family, to adult- to spend quality time with family and become childish once in a while to let go of the stress and worries.

Overview of The PAC-MAN

Pac-man is an action video game that was developed in 1980 by Namco, and designed by Toru Iwatani, specifically for arcades. It was first released in Japan, and after a few months, it came to markets in America.

Toru Iwatani got the inspiration for the character from the pizza. As the pizza didn’t have 2 of the slices so it was looking like an open mouth. The game is still one of the highest-grossing games in the world with total revenue of around $14 billion and a sale of 43 million units, unbelievable right?

HISTORY of The PAC-MAN

Toni Iwatani started to develop this game with a team of nine to design a game that caters to a large audience not just to kids who like fighting games.

On 22nd May 1980, the first arcade of Pac-man was launched in a movie theatre in Shibuya and the game is released to the public from July onwards. Originally, the game’s name was “Puck-Man”, but when launched in America, the name had to be changed as if someone intentionally or unintentionally changes the first letter of the name from ‘P’ to ‘F’, then the company can receive a lot of defacement of their arcade machines.

The player controls Pac-man using the joystick or the arrow keys of the keyboard, the Pac-man’s only goal is to eat all the dots or food (for Pac-man) in the maze in which it is enclosed and also he has to save himself from the four colored ghosts roaming around.

The idea behind creating such an arcade game was to cater to the untapped audience in the gaming sector. Those days the games were developed with the idea of targeting young kids who just want to fight demons and monsters using guns and swords. This kind of theme is unliked by women and working adults. So they created a game that could be fun as well as target the remaining audience.

The game has been awarded various Guinness world records for achieving Most Successful coin-operated game. It also won The Guinness world record for being the most recognized video game character, even more than ‘Mario’ which was 93% known, and Pac-Man was known by 94% of the population.

Not just the awards, it has engraved a joyous deep mark on the memory of every individual as the character was promoted to an extreme level by the fans. Pac-Man also contributed to Films, Television, movies, music, and other gaming media which collectively is carrying on the legacy of the game.

Pac-man was also marketed through its merchandise. The game had over 500 products in its merchandise portfolio. It includes t-shirts, mugs, handheld games, bicycles, and breakfast and At&T was also selling Pac-Man telephones.

The 30 years of a game running is in itself a great achievement as games are loved and unvalued very easily. But this was not just any game, it is Pac-Man which has something that was missing in the industry when it was launched which is the reason this game embarked on the heights in the industry and has had a fantastic career till now.

Google created the google doodle on the 30th anniversary of Pac-Man. It was a miniature form of a Pac-Man game where the user can directly dive into the gameplay. The doodle reached a very big audience almost covering all the areas where operating the internet is possible.

How to Play Pac-Man on Google Doodle

The game could be played both on PC as well as on Mobile devices. On the launch day, you just have to open google and boom! You have the game in front of you. Now click on the doodle and you can start enjoying the aesthetics the game emits with a lot of fun.

The game is still online and can be played in the same way. You just have to search “Pac-Man” in the search bar and the doodle will come to your screen. Now you can play the game on your PC and your mobile.

To create a game that still stands tall even after 30 years of its course is a very big achievement and it has to be promoted. The game was developed to bring a revolution in the gaming industry by changing the mindset of the very people of the same industry as games are not for kids and games always doesn’t relate to blood spilling and fighting with monster and dragons.

This change needed to be appreciated and it was done correctly by Google. We wish that this game runs as long as to be even played by the next generation. At least they would be able to know what kind of games we used to play and how much fun it was.

I am going to google the doodle and enjoy the game, what about you?

Que – What is the real name of Pac-Man?
Ans – Puckman was the initial name given to the character in Japanese; it was derived from the term paku, which means “chomp.” Many arcade owners at the time were concerned that vandals would change the letter P due to its proximity to an explicit four-letter English word. Eventually, the name “Pac” was proposed as a substitute.

Que – How can I play the original Pac-Man on a PC?
Ans – How to Download and Play PAC-MAN on PC
1. On your computer, download and install BlueStacks.
2. In the search box in the top right corner, type “PAC-MAN.”
3. From the search results, click the Install PAC-MAN button.
4. Install PAC-MAN by finishing Google sign-in (if you skipped step 2).
5. To begin playing, select the PAC-MAN icon on the home screen.

Que – How do I play Pac-Man?
Ans – The player is in control of Pac-Man, who has to consume every dot inside a maze while avoiding four different coloured ghosts. The ghosts temporarily become blue when Pac-Man eats “Power Pellets,” which are huge flashing dots that award extra points.

Bridal Sets: How To Make A Perfect Wedding Set?

What Is Wordle Game? How to Play Wordle Game Online
What Is WPC2025? How To Register, Login & More
Why should you think to play Rummy?