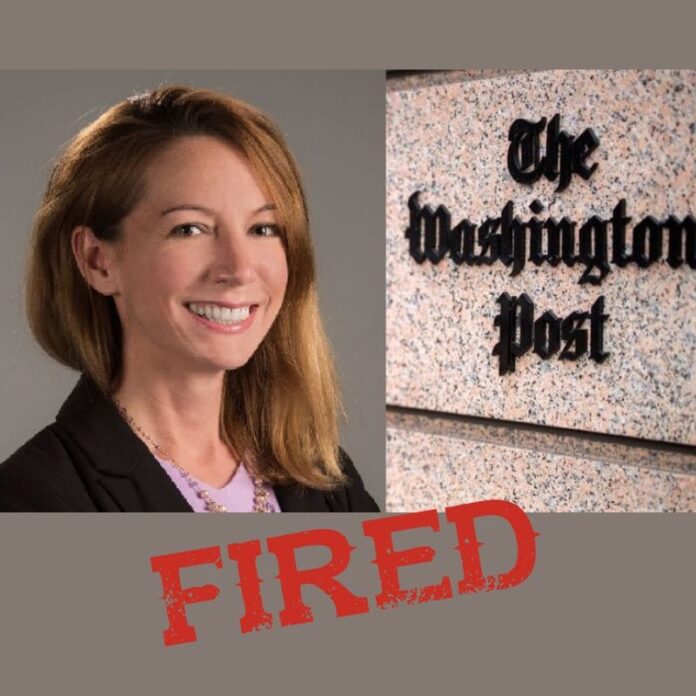 Felicia Sonmez, a journalist on the national staff in Washington, D.C., has recently been fired from the post due to some inevitable issues. Felicia Sonmez has been exceptionally critical of her colleagues and the newspaper’s oversight over the last several days.

She had been engaged in a Twitter war with many of her colleagues and continued posting queasy things about them.

All about the controversy

A colleague, Dave Weigel, made a sexist joke on Facebook… He stated in his post that “every girl is It’s simply a matter of determining whether it’s polar or sexual. After coming to know about this statement, Sonmez had gone furious and tweeted,” it’s great to work with a news forum where retweets like this are deemed.”

Though Weigel had already removed the retweet and admitted guilt, Still the Washington post suspended Dave Weigel for a month without compensation, but Sonmez didn’t stop there, she continued tweeting and posting about the same issue in lengthy articles.

Several colleagues came forward in support of Weigel, as he was already punished and guilty and requested Sonmez to stop attacking the post on social sites. She turned on to mock them. Sonmez also revealed that Jose A.Real blocked her on Twitter as she raised her voice against What is wrong. This is not the first time Sonmez has alleged or indicted the post or its members.

In 2016, Sonmez was suspended by the Washington Post after she tweeted about Kobe Bryant time after his death that day in a helicopter crash. Mr. Bryant was allegedly accused of sexual assault in 2003.

After this post, Sonmez amassed death threats and rape threats. She heeded the post’s security by reaching Ms. Grant, who told her to delete the tweets.

Felicia Sonmez was born and brought up in the United States. She got her BA from Harvard University.

Felicia has learned the Chinese language from Tsinghua University. She can also speak Japanese, Spanish, and English.

She never wished to be a journalist. She was disheartened after failing the Foreign Services exam’s oral examination. She stayed in Beijing at that time and taught English at a school.

Not much is revealed about the personal life of Sonmez, as she has kept everything related to her private. Maybe because she knew how people reacted to her comment and this may have put her family in jeopardy.

It is still known that she is the mother of a baby and has been residing with the family in Washington, for the last few years.

Sonmez is a blonde American who has brown eyes. She weighs around 56kg (123 lbs) and stands at a height of 5 Feet and 7 Inches.

1. Who is Felicia Sonmez’s spouse?

Ans. Sonmez never talked or disclosed about her relationships, but sources insisted that she is married and is a mother too.

2. What is Felicia Sonmez’s Net Worth?

Ans. She has a calculated net worth of around $200k approximately by which she can live a luxurious life but she prefers to live Mode a lifestyle with her family