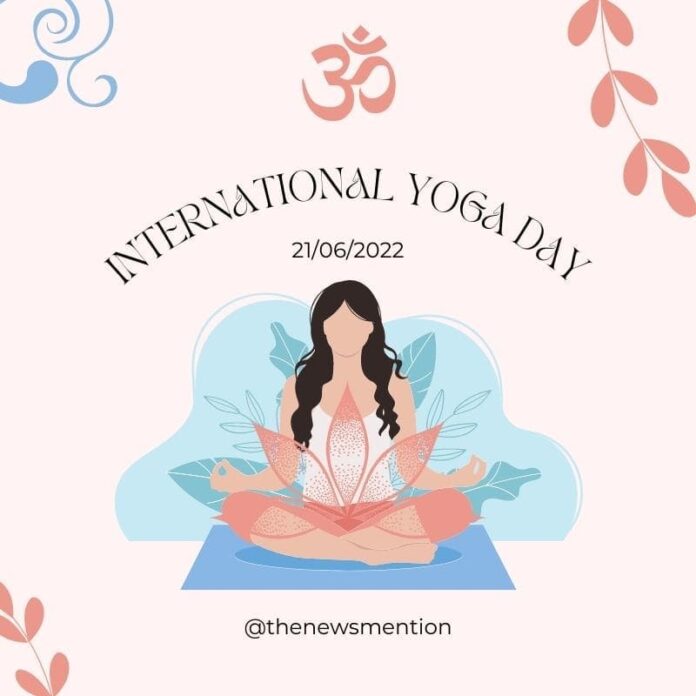 Today, June 21st, 2022, marks the occasion of the 8th International Yoga Day. The day reminds people across the globe of the importance of giving priority to exercise over their daily unhealthy routine.

It is celebrated by many across the globe every year, and this year won’t be any different. Instead, it is the first time, after 2 years of COVID, that people are assembling in great numbers and showing how important Yoga is to their day-to-day curriculum.

What is the meaning of Yoga?

The word “Yoga” is derived from the Sanskrit language and it has been chosen for this practice as it symbolizes the meaning “Unite”. It means that by doing Yoga, one can unite his/her body and consciousness.

What is the History of International Yoga Day?

Yoga has been prominent in India for a very long time. Many gurus and people in India have been following it regularly and have also reaped the benefits. One such was India’s Prime Minister, Mr. Narendra Modi.

In 2014, he represented India at the UN General Assembly, and in his speech he talked about the role of yoga in his life and the lives of people who follow it. The importance it has and how it will benefit society. So, he urged the assembly to mark the longest day of the year as Yoga Day.

A total of 177 nations supported this opinion and, thereafter, June 21st is celebrated as  International Yoga Day.

Q1. Where to learn yoga in the USA?

Ans. Kripali in Massachusetts and Dharma Yoga Center in New York are two of the best places in the USA to learn yoga.

Q2. How to practice yoga at home?

Ans. Buy a yoga mat and start following some youtube channels on yoga to start as a beginner. But you can always go to a proper training center to achieve better results.

Q3. Which is the most effective asanas in yoga?

Ans. Naukasana (boat pose), Paschimottanasana (head to toe) and Dandasana (plank pose) are some of the most effective asanas in yoga.

Ans. It allows you to control your mind better, hence helping you to avoid unhealthy food habits and make you lose weight.

Q5. Which day is celebrated as International Yoga Day?

Ans. International Yoga Day is celebrated on June 21 every year.

5 BENEFITS OF LIVING A HEALTHY LIFESTYLE

CREATE A STRONG FOUNDATION WITH YOGA TTC IN INDIA

HOW TO PREPARE FOR YOUR IMMIGRATION PHYSICAL EXAM

A SELF-HELP GUIDE FOR THOSE WITH ANXIETY

TOP 5 INDICA FLOWER STRAINS THAT YOU MUST TRY IN 2022

HOW TO BREW KRATOM TEA

How To Estimate The Cost of Opening A Gym