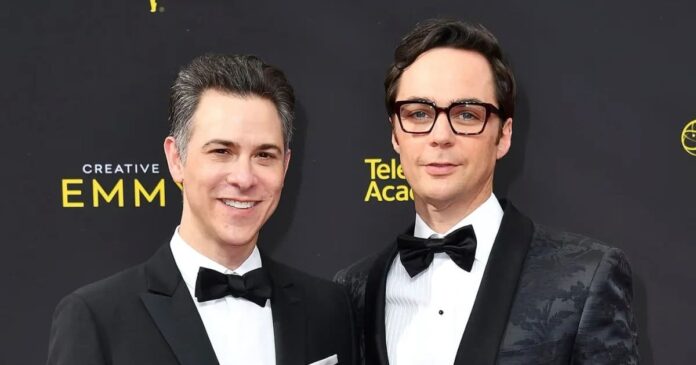 James Joseph Parsons is a world-famous actor. Notably known for his role in the Big Bang Theory as Sheldon Cooper, he is critically acclaimed worldwide and is also a producer. Numerous accolades rest in his name, such as Emmy wins and Golden Globe awards. He is not restricted to a particular part of his craft but is also a talented theatre artist. He has performed numerous shows at the reputed Broadway theatre in New York.

Parsons was born in Houston, Texas. His Father was Milton Joseph Parsons, Jr. and Mother is Judy Ann. He has a sister, Julie Ann Parsons, is also a teacher. His love for acting began at a young age when he acted in a school play at the age of 6. He made up his mind at that age and worked to be an actor. Television and movies heavily inspired him to change his acting style and add new innovations to his voice modulation.

He was very academically oriented and went on to study and act in plays at the same time. He did his masters at the University of San Diego and later shifted to New York.  His father unfortunately passed away due to a car accident in 2001.

His drive to succeed in the acting industry is what took him to the heights of success he enjoys. He continued to act in various plays and grabbed every opportunity that was presented to him. He relentlessly applied for roles in television and his big breakthrough came in the form of Big Bang Theory. The creator of the show, Chuck Lorre, was very impressed with Jim and cast him for the role of Sheldon Cooper. His role was so prolific that the show continued for over 10 seasons and his success rose along with it. He was praised by critics worldwide . His success as Sheldon even won him an Emmy Award.  There was another spin-off show called Young Sheldon, and Jim voices the adult version as the narrator.

Jim Parsons is married to Todd Spiewak. Jim came out as gay and has been with Todd for a considerable amount of time. The couple got married in 2017 after dating for over 10 years. Jim gushes over Todd whenever he gets a chance and claims his life has gotten much better since he met him. He calls their love simple and pure, and the couple enjoy walking their dogs out and singing karaoke.

Jim reportedly earned over $1 million for every Big Bang Theory episode, and he even got a percentage of the show’s earnings. He is worth over $150 million and the majority of his income comes from his success as Sheldon. This income does not include the amount he earned in royalties, which is not known to the public.

Jim Parsons height is 186 cm. Jim Parsons weight is 65 kg. Jim is 49 years old and was born on March 24th, 1973. He keeps in shape by going on long walks with his dog in the morning, an activity he claims to be peaceful and therapeutic.

He does not use Instagram much and his profile is mostly an archive of his dog Rufus’s pictures. He has over 9 million followers and his handle is https://www.instagram.com/therealjimparsons/.

Jim remains quite distant from social media and does not use any platform quite actively. He values his privacy and his fans respect that.

1. Where was Jim Parsons born?

2. Whom did Jim play in the Big Bang Theory?

Ans- He played the role of Sheldon Cooper

3. How much did Jim earn per episode of Big Bang Theory?

4. How much is Jim Parsons Net worth?